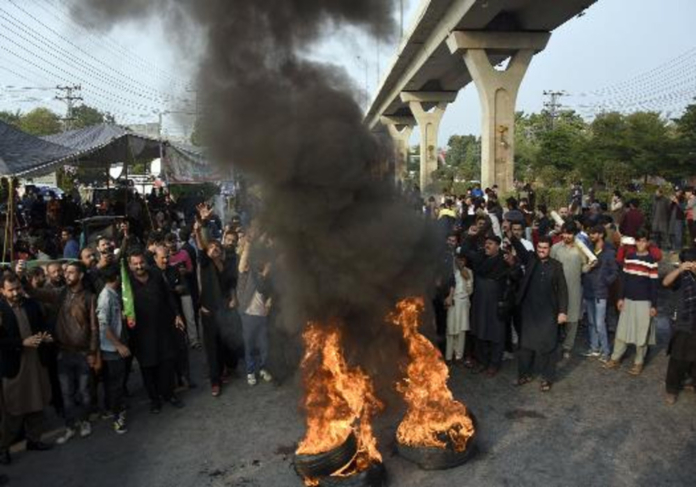 Pakistan Tehreek-e-Insaf (PTI) changed the date for the resumption of its long march three times in less than 24 hours as differences between Parvez Elahi and Imran Khan continued on Monday over the registration of the FIR of the assassination attempt on the former prime minister.

Earlier on Sunday, PTI Chairman Imran Khan had announced that the long march will resume on Tuesday from the same point where he was attacked in Wazirabad. PTI’s Vice Chairman Shah Mehmood Qureshi gave a detailed briefing to media at party’s Jail Road office regarding the plan of long march and confirmed that he will lead it from Wazirabad on Tuesday. Right after the briefing of Qureshi, another senior party leader, Fawad Chaudhry, tweeted that the long march is delayed for one day and now it will start on Wednesday.

It is worth mentioning here that Fawad was at Zaman Park where Imran Khan is residing after being discharged from the hospital. Then came another tweet, this time by Senator Faisal Javed, a close confidant of Imran Khan. He said that the long march will resume on Thursday. According to the sources, the long march is being rescheduled again and again due to the differences between Chief Minister Punjab Parvez Elahi and PTI Chairman Imran Khan as the latter wants FIR registered against a senior officer of the premier spy agency while the former is showing reluctance.

Imran Khan has demanded FIR against Prime Minister Shehbaz Sharif, Interior Minister Rana Sanaullah and Major Gen Faisal Naseer of ISI for the assassination attempt on him. On Monday, Elahi visited Zaman Park two times to meet Imran Khan but the deadlock over the FIR didn’t end. The first meeting continued for more than an hour and the second meeting ended in less than half an hour, the sources said.

Punjab’s Home Minister Omar Sarfraz Cheema, Moonis Elahi and other senior leadership of PTI was also present in the meeting. Two back-to-back huddles took place between the bigwigs as Supreme Court warned FIR be registered in 24 hours otherwise suo motu action will be taken against the Punjab government.