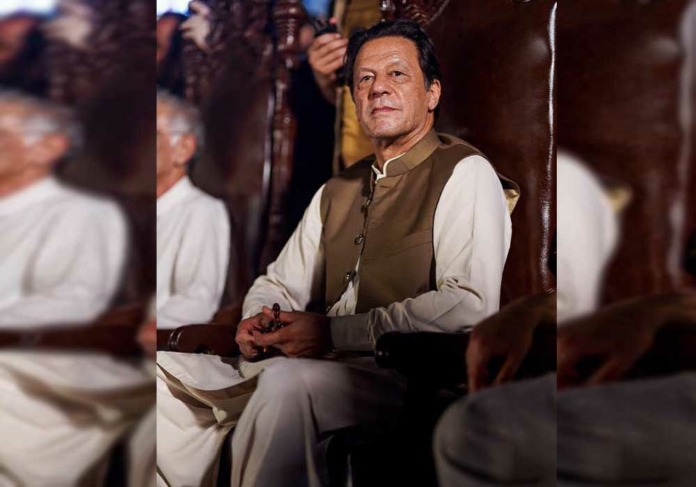 Due to threats, the security of former prime minister Imran Khan has been increased and the engagements were also limited while security arrangements have been tightened outside the PTI chairman’s residence.

Provincial Adviser on Interior Omar Sarfraz Cheema and CCPO Lahore reached Zaman Park and reviewed the security in detail. Cheema said that there was a security threat. He also said that the federal government institutions were not included in the JIT.

Cheema further added that IG was an individual and that they have faith in Punjab Police as an institution.

On the other side security measures have been beefed up outside the PTI chairman’s residence in Zaman Park Lahore following a security alert issued by the Special Branch.

According to the details, more security cameras have been installed along with the deployment of a large number of the police force. A wall of sandbags has been set up along the wall of Imran Khan’s house for security while a security wall has also been made by placing cement blocks.

A special desk has also been set up to keep a record of those coming to Zaman Park while women police personnel have also been deployed for checking in view of the arrival of women leaders of the party.