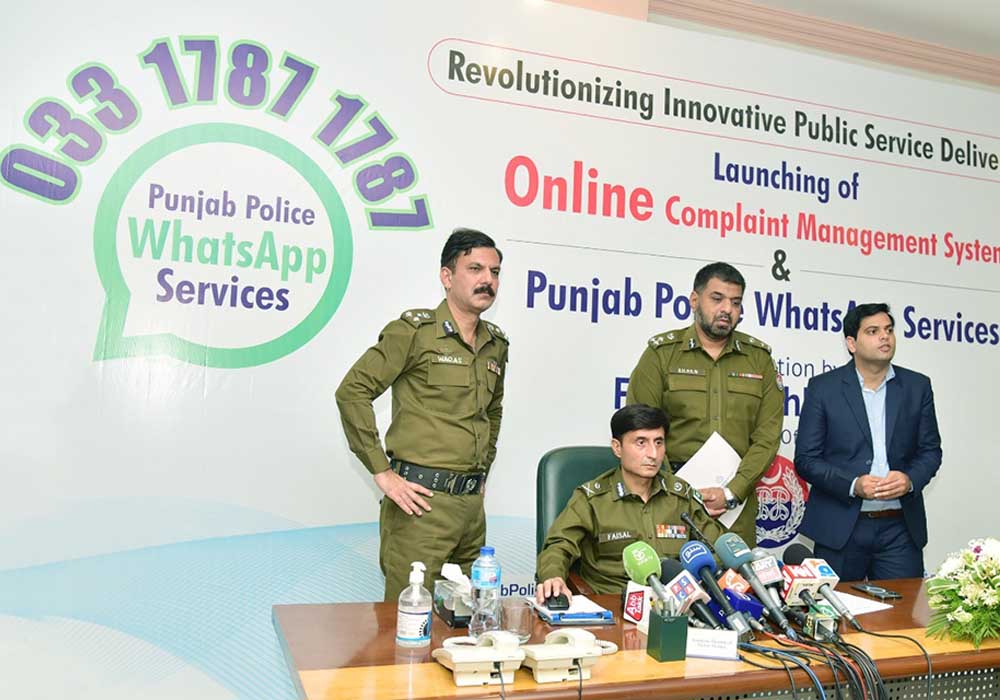 Inspector General Police Punjab Faisal Shahkar has said that the future of police service is IT-based policing, which is why Punjab Police is expanding the scope of IT in its services so that citizens can benefit from police services without any problem sitting at home.

IG Punjab said that for immediate redressal of public complaints and immediate provision of information related to police services, Punjab Police has launched two modern services “Punjab Police WhatsApp Services and Online Complaint Management System” which aims to take out police services from police stations and offices and deliver them at doorsteps of  citizens so that they may not only  register complaints easily but also get other information including obtaining driving license, registration of FIR on just one click.

Faisal Shahkar said that the WhatsApp number of Punjab Police is 0331-7871787, from which every citizen, especially Pakistanis living abroad, will benefit and they will not have to come to Pakistan for obtaining any documents or for police action.  IG Punjab said that under these modern services, overseas Pakistanis will be able to get information and services from anywhere and in the light of citizens’ feedback, more services will be added in future.

IG Punjab Faisal Shahkar further expressed that police are consolidating all its IT projects into one modern App on the lines of multinational companies so that citizens can have access to all policing-related facilities in a single App.  IG Punjab said that for the convenience of people, the complaint management system of the Punjab Police has also been made online.  Citizens can not only register their complaints online but also can get E.tag number.

IG Punjab said that the complaints received by the citizens will be monitored at the Central Police Office as well as at the district level and action will also be taken against those who take action on the complaints after delay.  He expressed these views while talking to media representatives after the digital inauguration of Punjab Police WhatsApp Services and Online Complaint Management System in a ceremony organized at the Central Police Office.