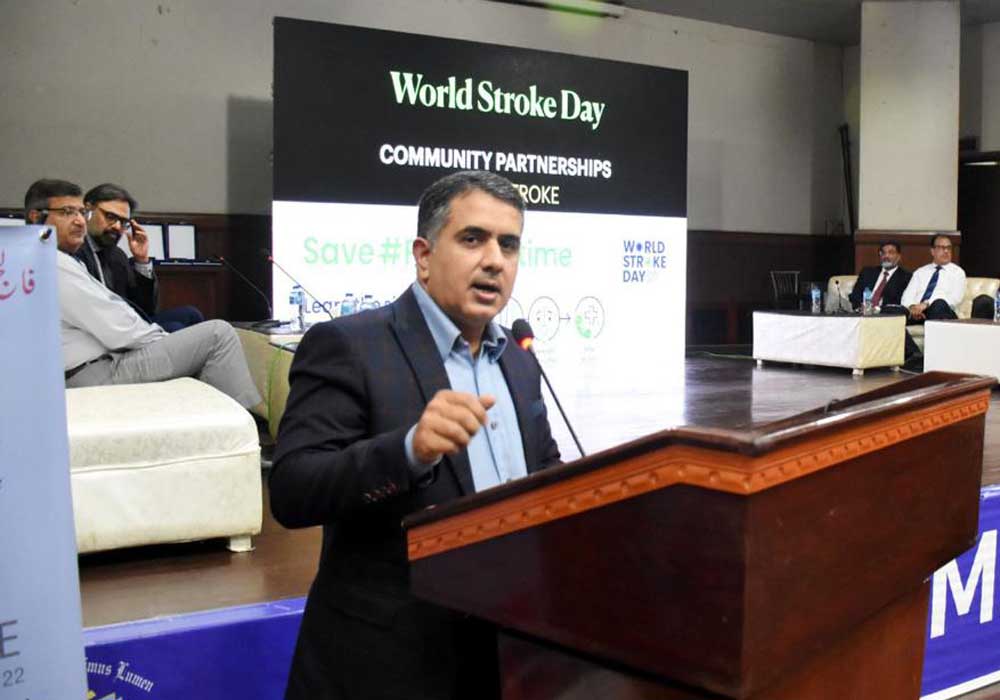 Leading neurologists of the town on Saturday urged young doctors to adopt the specialty of neurology in order to serve the mankind as the field has a vast potential for emerging medics. The neurologists also emphasized on adopting preventive measures to avoid the risk of stroke that is very common and increasing rapidly in Pakistan. The top neurologists said that the Stroke is treatable if the patient reaches a well-equipped trauma centre in the shortest span of time after suffering from the attack. These views were expressed by the experts at a seminar held at Services Institute of Medical Sciences (SIMS)/ Services Hospital Lahore on Friday in connection with World Stroke Day.

Speaking at the seminar, Prof Dr Qasim Bashir, Head of Neurology department at SIMS, said that treating a stroke patient is not a one-man show as you need a team work to establish well-equipped stroke units having neurologists, neurosurgeons, radiologists and anesthetists working under one roof. “First 4.5 hours are very much important for a patient suffering from stroke and we can save the patient if rescuers are imparted some basic training to deal with a stroke patient because sometimes it took hours for ambulance to shift the patient to the trauma centre,” said Prof Qasim Bashir, who has also served as President of Pakistan Stroke Society. He further added that Services Hospital is the only public sector center in the whole country where the life-saving drug named ’tissue plasminogen activator (tPA)’ that helps in dissolving the clot is available free of cost and it plays the key role in treatment of a stroke patient.

“We developed the stroke center here at Services Hospital with the support of philanthropists, he added. As many as 6500 patients were provided neuro-rehabilitation in just one year here at our center. An overseas Pakistani named Ashar Aziz gave us donation of $0.1 million that helped us establishing this center. He did this generosity in the name of her mother who was also suffering from stroke,” he added.

An MOU was also signed between the Services Hospital and Shalimar Hospital during the ceremony. Under the newly signed MOU, Services Hospital will give tPAs to Shalimar while later will help the former in terms of human resource development.

Speaking on the occasion, Dr Adnan Aslam, Associate Professor of Neurology said, “We should adopt healthy life style by starting regular exercise and quitting the habit of smoking if we really want to prevent stroke.”

“There are 0.7 million stroke patients in Pakistan annually and we must change our lifestyle to avoid this deadly disease. We should take time to do exercise daily at least for half an hour,” said Dr Adnan Aslam, who has also served as Head of Neurology department at Fatimah Jinnah Medical University.