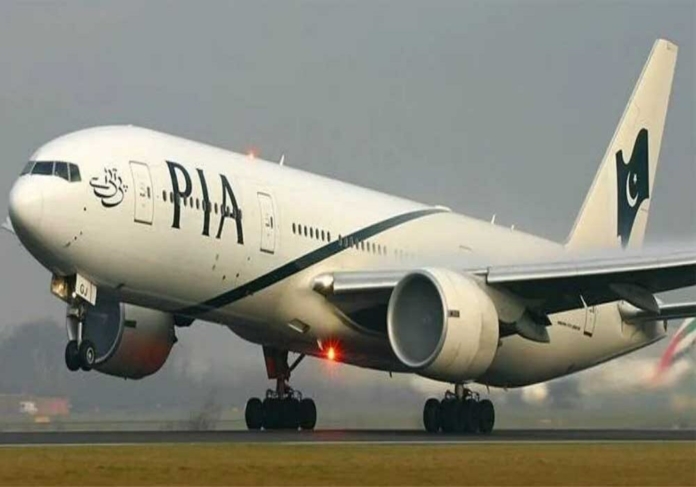 Minister for Aviation Khawaja Saad Rafique has promised the revival of the Pakistan International Airlines in three years, linking it to the political stability and continuity in policies.

Addressing a press conference at Allama Iqbal International Airport Lahore on Monday, he announced to make 24 planes operational by the end of the month, saying the PIA at least required 40 aircraft to cope with the crisis.

“There is a race among airlines to get aircraft from various companies and we are also making efforts to purchase them as soon as possible,” he stated.

He said the passengers from Lahore and Islamabad airports will be able to fly to 20 plus destinations across Europe, UK and USA from Istanbul from the second week of November under PIA and Turkish Airlines code-share agreement.

The initiative will help the national flag carrier to generate a good sum of revenue with the management also deciding to keep low the fare as compared to other competitors, he said, adding the facility will be available in Karachi in the next phase.

Sharing the plan for revival, he said the renovation work at international lounges in Karachi and Lahore will be completed by the end of the month. He ruled out the sale of PIA’s New York hotel Roosevelt, saying it will be opened and turned into a high-rise building. The minister said outsourcing of airports was also under consideration as per international standards.

“The government is considering outsourcing airports, especially Islamabad International Airport, to operate them as per the international standards,” he added.

No person will lose the job in PIA and political interference in the decision-making process in the national flag carrier was ended, he claimed, saying the criteria for international posting had been upgraded and posting will be done strictly on merit.

He said the uncomfortable seats of various aircraft were being replaced to facilitate passengers. Route rationalization exercise has been conducted under which profitable routes were being added.

The plan had been developed for air-connection of different cities including Peshawar, Quetta, Faisalabad etc, according to Rafique. The government, he said, will develop two international airports at D.I Khan and Sukkur to facilitate the area.

Small jets will be added to the PIA for domestic flights to make the operation of the small airports as 11 out of 42 were lying closed due to the unavailability of small aircraft. He said funds were available to materialize the different plans for the revival of the airlines.

He said the irresponsible statement of former minister for Aviation Ghulam Sarwar Khan about pilots had inflicted Rs35 billion to Rs40 billion losses to the national flag carrier, criticizing the former PTI government for “destabilizing the country only to prove itself a champion of truth and blaming others as liars and traitors”.

He said efforts were underway to resume PIA flights to the United Kingdom, European countries and USA to generate reasonable revenue.

“We are negotiating with them [US, UK and Europe] on three levels. We hope we will succeed in resuming flights to UK in the next six months,” he added.

He said the PIA had given landing slots at Heathrow Airport to Saudi and Turkish airlines on stop-gap measures and they will be taken back from them once the national airlines restarted flights to the destination.

The minister announced measures to bring improvements in PIA kitchen services. He said the security, cleanliness, parking and sitting arrangements at airports will be improved in the next couple of months. A project to enhance the capacity of Allama Iqbal International Airport Lahore with a cost in excess of Rs20million was under implementation, he said, adding tenders for the purpose had already floated and around 23 bidders, including seven international companies, had shown interest in it.

He said the CAA will purchase modern equipment to avoid bird-hitting problems and the FIA had been requested to enhance its staff to facilitate early disposal of passengers at airports.

He said the airdrome at Muridke will be upgraded to a level that will become an alternative to Lahore Airport instead of Walton in the coming years. He said the Quetta runway will be completed before January 20, 2023 and Gwadar Airport will become operational in March next year.