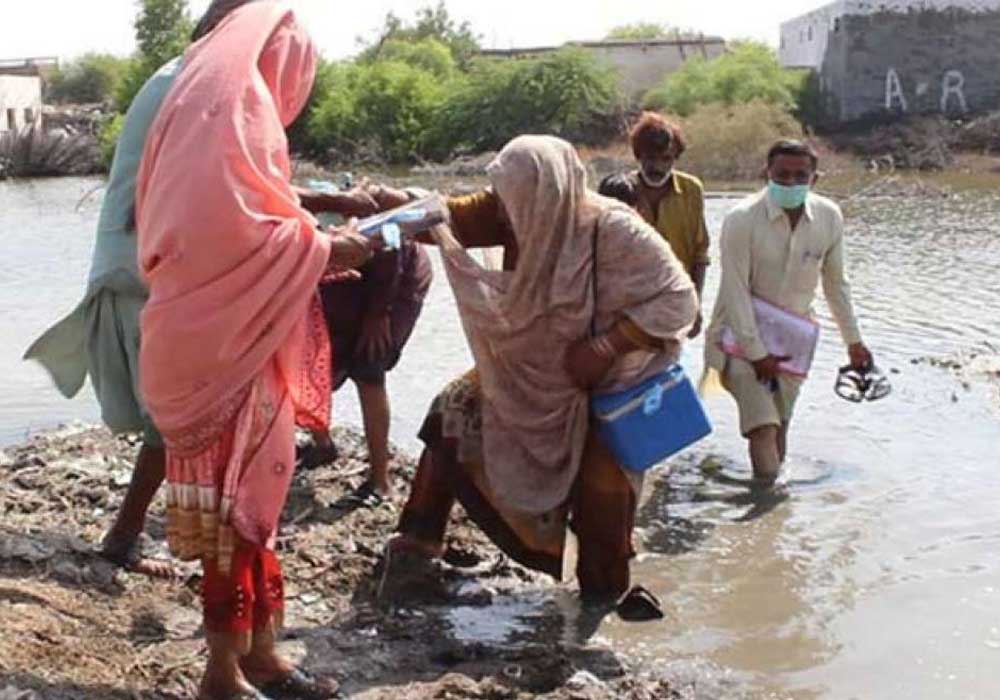 Federal Government has announced a compensation of Rs250 million for 12,500 polio workers affected by the recent devastating floods.

Federal Health Minister Abdul Qadir Patel has lauded the services of polio workers who continued their relief activities and services despite the devastating floods.

Lauding the efforts he has said in a statement, “I salute the courage and spirit of the polio workers who, despite suffering losses, came forward to help their countrymen and supported the government in relief operations for the flood victims.”

The Health minister also said that the National Emergency Operation Centre (NEOC) has been requested to compensate polio workers and they will not be left alone in difficult times.

National Emergency Operation Centre Coordinator Dr. Shahzad Baig has said that polio workers have been the top priority due to their invaluable services. He said that it was a big task to identify 350,000 frontline workers affected by the floods and document their details.

Around 12,500 health workers, mostly from Sindh and Balochistan, were affected by the floods, according to a survey by the Pakistan Polio Programme.

On the other side Polio workers in Khyber Pakhtunkhwa have warned that they will protest outside PTI Chairman Imran Khan’s residences if the sacked employees were not reinstated. During a news conference at the National Press Club on Sunday, the employees of the Immunization Extension Program (EPI) gave a two-day deadline to the provincial government to approve their demands.

KP health department employees claimed that they have not received their salaries for last year.

Pakistan and Afghanistan are the last countries in the world to still suffer from polio. Pakistan has seen an increase in polio cases in 2022. 20 cases of the virus have been reported so far this year.