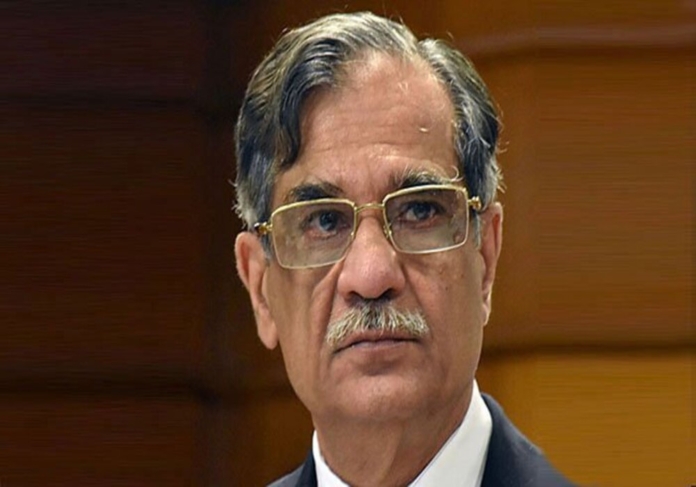 Chief Justice Athar Minallah, hearing the case, asked petitioner Slahuddin about the original copy of the audiotape. He remarked that no forensic firm in the world could give a clear opinion without availability of the original audiotape.

The court said appeals related to the matter were already pending with the IHC. The appellants could also take such ground, it said, adding that one matter couldn’t be heard twice at the same time.

The petitioner said that the questions regarding the audiotape would remain in the minds of the public even if the accused were acquitted in their appeals. He requested the court to summon journalist Ahmed Noorani for the provision of the original audiotape. He said the reality of the conversation could be known only after investigation of the audiotape.

Pakistan Bar Council representative Hassan Raza Pasha also appeared before the court and said the legal fraternity had concerns regarding the allegations levelled against the judiciary. The chief justice observed that the audiotape was available only on the Internet. He wondered if the court should order to probe all the allegations which were available only on the Internet.

Attorney General of Pakistan Khalid Jawed Khan adopted the stance that dual stances were being adopted before the court. A narrative was being built against the whole judiciary on the basis of an unauthentic audiotape, he said.

The AGP prayed the court to dismiss the petition. He said that if any investigation was required then the Pakistan Bar Council should have filed a case itself.

He also gave the reference of a local TV channel’s report which stated that how the audiotape was fabricated and from where its parts were collected. The statement of the petitioner regarding the non-availability of the original audiotape was enough to dismiss it, he said. After listening to the arguments from the two sides, the court reserved its judgement.

On November 21, 2021, journalist Ahmed Noorani shared an audio clip claiming that the former CJP had directed his subordinates to send former premier Nawaz Sharif and his daughter Maryam Nawaz to jail “as institutions wanted to bring Imran Khan into power”.

The journalist said that a US-based firm has verified that the voice in the leaked audio clip matched with the retired CJP’s. However, the former top judge of the country declared it “fabricated”.

A day later, the ruling Pakistan Tehreek-e-Insaf (PTI) and the Pakistan Muslim League-Nawaz (PML-N) faced-off over the explosive audio clip.

According to reports, following the release of the audio, Prime Minister Imran Khan conveyed to his party leaders that they should apprise the people of the PML-N’s past, especially how they had allegedly attacked the judiciary and influenced judges to get decisions in their favour. The premier was quoted as saying that the government respected the institutions and stood by them.

On the other hand, PML-N President and the Leader of the Opposition in the National Assembly Shehbaz Sharif said that the former top judge’s audio leak showed how former PM Sharif and his daughter were “targeted” through a grand scheme to keep them out of the political process, adding that justice should now be done.