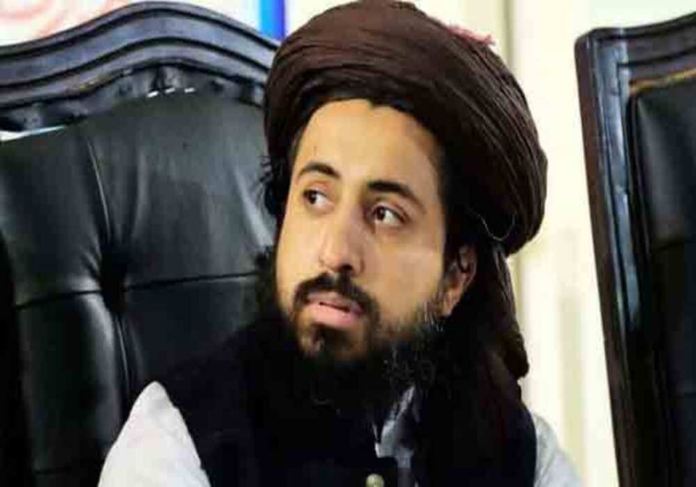 Tehreek-e-Labbaik Pakistan (TLP) chief Saad Rizvi has said the core objective of his party’s struggle was to enforce Nizam-e-Mustafa and bring an Islamic revolution in the country.

In his first interaction with thousands of charged activists of the TLP a day after his release from Kot Lakhpat Jail of Lahore, he however, avoided reiterating the long-standing demand of the TLP for the closure of French Embassy in Islamabad.

Saad Rizvi was detained in April on making the same demand, a couple of days before the TLP was set to start a long-march to Islamabad.

The workers were gathered at the party headquarters Masjid Rahmatulil Aalimeen Scheme Mor, Multan Road, Lahore, to offer Friday prayers and attend the death anniversary of the founder of the TLP, Khadim Hussain Rizvi, the father of Saad.

Saad was released by the Punjab government on Thursday after almost seven months. His release was a result of the secret government-TLP agreement signed on November 1 with the mediation of religious cleric Mufti Muneeb.

The former head of Ruet-e-Hilal Committee (moon sighting committee) has already claimed that the TLP never demanded expulsion of the French ambassador.

However, contrary to the religious cleric’s claim, the TLP launched the October long-march with the demand that the government expel the French ambassador and release Saad Rizvi and other leaders.

The TLP leaders ended their march in Wazirabad days after the party entered into an agreement with the PTI government. Following the secret deal, authorities released over 2,000 detained leaders and workers of the TLP from different jails of Punjab. The party’s proscribed status was also annulled. The government announced that it would make public the agreement details in the next few days.

In his short speech, Saad paid ‘tribute’ to the sacrifices rendered by the workers to keep the ‘flag of the TLP high’ and making no surrender before the ‘guns and grenades’ – an apparent reference to the law enforcement agencies’ ‘use of violence’ to stop the TLP’s long-marches. He said the main objective of the TLP struggle was to bring Islamic revolution in the country.