Savings from govt kitty being spent on public: CM 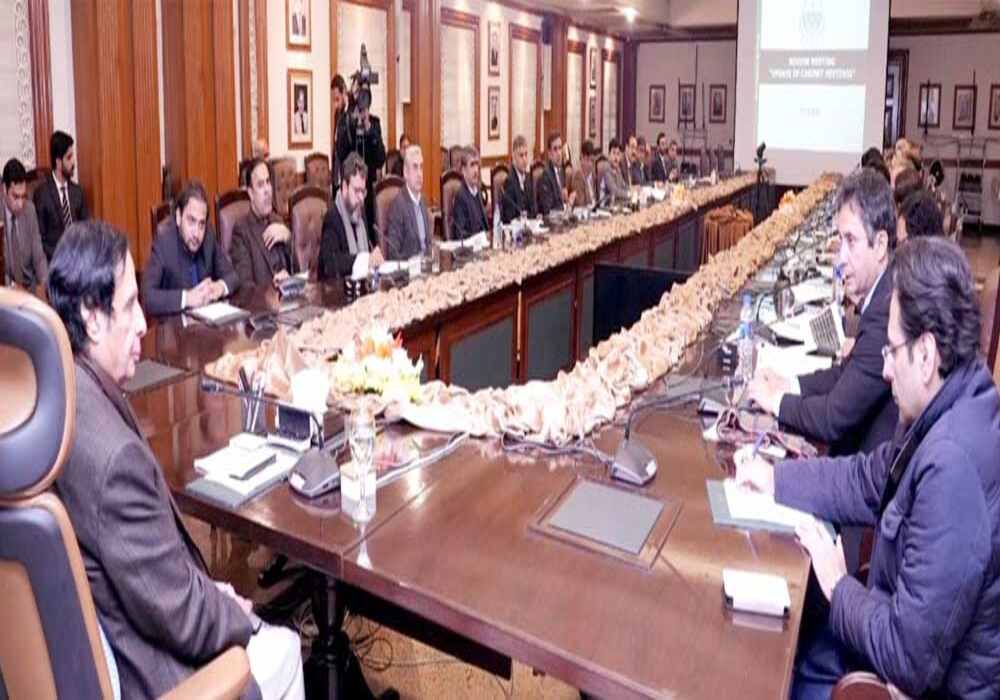 Chief Minister Punjab Parvez Elahi said on Wednesday that “we are reducing government expenditures and are spending them on the welfare of the masses”.

“Our intentions are positive and we are serving the humanity of Allah Almighty along with serving the religion,” he said, adding that his government wants to take the children of the nation in the right direction by preventing them from going on the wrong path. “A good generation will prosper by imparting the youth religious education,” the CM said, adding that religion should be one of the top priorities among the new generation. He revealed that the bill of Khatamun Nabieen (SAW) University has been passed and that Khatamun Nabieen (SAW) University will be affiliated with Al-Azhar University of Egypt.

Addressing the traders’ community convention at 90 SQA, the CM announced resolving the traders’ problems on preferential basis and stated that the traders community are the backbone of the economy. He vowed that the Punjab government would leave no stone unturned in resolving its problems. He denounced that Shehbaz Sharif did not do any work for the uplift of Gujrat during the last twenty years. “Shehbaz Sharif has been badly exposed after becoming the prime minister.”

He stated that Shehbaz Sharif did a grave injustice by closing down the Seerat Academy. He remarked that we do not care about PDM and are only focused to serve the people of Punjab. Allah Almighty has bestowed on me the position of Chief Minister and if Allah Almighty did not want then nothing could be granted. If Allah Almighty wants to grant anything then no one can snatch it. The CM resolved that whatever time is left will be spent in serving the masses and resolution of their problems.

“We are working expeditiously and will complete all the projects within the stipulated time.” The CM highlighted that we are reducing government expenditures and are spending them on the welfare of the masses. CM revealed that the Punjab government is providing the latest machinery for the cancer treatment at the divisional level and for the surgery and the treatment of children. Making mere announcements are not enough and the real task which matters is to complete the development projects within the given time frame.

Punjab Chief Minister Punjab Chaudhry Parvez Elahi on Wednesday directed the authorities concerned to complete public welfare projects without delay and warned that no obstacle in that regard would be tolerated.

He was chairing a meeting here to review the progress made on the decisions of the cabinet meetings.

The chief minister said that in seven cabinet meetings a record had been set for the execution of official work by taking decisions on 371 agenda items. As many as 59 agenda items of local government, 45 for housing, 42 for the home department, 34 for revenue, 36 for finance, 23 for specialized healthcare and 19 for primary & secondary health were decided, he added.

The CM said that the fee for hunting Chinkara for foreign hunters should be set at 25 thousand dollars in the next season.

He noted that the World Bank would give 200 million dollars to the Punjab Affordable Housing Project to provide houses to government employees on retirement. As many as 20 centers of excellence would also be established in TEVTA and vigilance would be done through drone technology in police and other departments, he said.

Secretaries of the concerned departments presented their reports on the progress made on the cabinet decisions. Former federal minister Moonis Elahi and Hussain Elahi MNA were also present.

The meeting was told that important projects would be completed in Punjab with foreign funding of 850 million dollars. Punjab Open Land Enhancement System would be implemented through foreign funding. The work was in progress on 825 development projects in Punjab and tenders had been issued for 323 local government projects. Meanwhile, a 70 percent increase in registration had been noted by reducing stamp duty by 100 percent.

Punjab Chief Minister Chaudhry Parvez Elahi gave the notification for the transfer of land for the district complex Talagang to MPA Hafiz Ammar Yasir at his office.

The land of the agriculture department had been transferred to the district administration for the construction of a district complex in the middle of the city for the convenience of the people.

“I fulfilled the promise by giving Talagang a district status” he said and assured that construction work would be started soon. “The people of Talagang are my own and I want to do more for them” he said.

Hafiz Ammar Yasir termed Parvez Elahi a benefactor of the people and thanked him for granting district status to Talagang and the provision of land for the district complex.