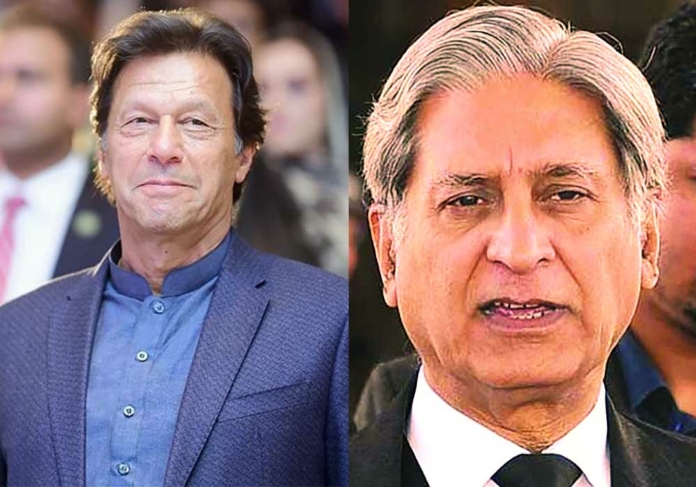 A five-member bench headed by Chief Justice Umar Ata Bandial would hear the contempt petition against Imran Khan on October 20.

It is pertinent to mention here that the federal government had filed a contempt of court petition against the former prime minister in the Supreme Court (SC) over his long march call towards Islamabad.

The government noted that the former premier was making announcements of a long march that was in violation of a court order. The petition was filed by the Interior Ministry on behalf of the federal government.

“The PTI chairman was violating the Supreme Court’s order, which directed him to stage peaceful protests,” the plea stated, urging the apex court to direct Imran to ensure the implementation of its orders related to protests and sit-ins.

Meanwhile, the Islamabad High Court (IHC) disposed of the bail petition of Imran Khan after declaring it ineffective in the prohibited funding case.

Chief Justice Athar Minallah, hearing the case, remarked that the court of Justice Mohsin Akhter Kayani would view the jurisdiction of the trial court.

The court also granted exemption from appearance Imran Khan in the case.

The court observed that this case had become ineffective now after the petitioner had surrendered before the trial court.

Imran Khan’s lawyer Suleman Safdar Advocate pleaded that an identical matter was also pending with the court of Justice Mohsin Akhter Kayani. Additional attorney general argued that this matter fell in the jurisdiction of special judge banking instead of special judge central.

After this, the court disposed of the case. The IHC had granted previously protective bail to Imran Khan and instructed him to approach the special judge central for relief during the time.

The IHC also disposed of a contempt of court petition against senior lawyer Barrister Aitzaz Ahsan for his statement regarding state institutions.

“This court will not seek any unnecessary explanation from anyone,” Justice Minallah remarked while announcing his decision, adding that “such unnecessary things should not be given any importance” and contempt proceedings were not a solution in these cases. The plea was filed by PML-N leader Captain (r) Safdar and Maryam Nawaz.

The IHC CJ inquired whether the Pakistan Bar Council or any other bar council had any doubts about his court. “If not, why should we pay any heed to someone’s irresponsible statement?”

He added, “Our decision will determine the level of people’s trust in us.”