Security beefed up over terror threat 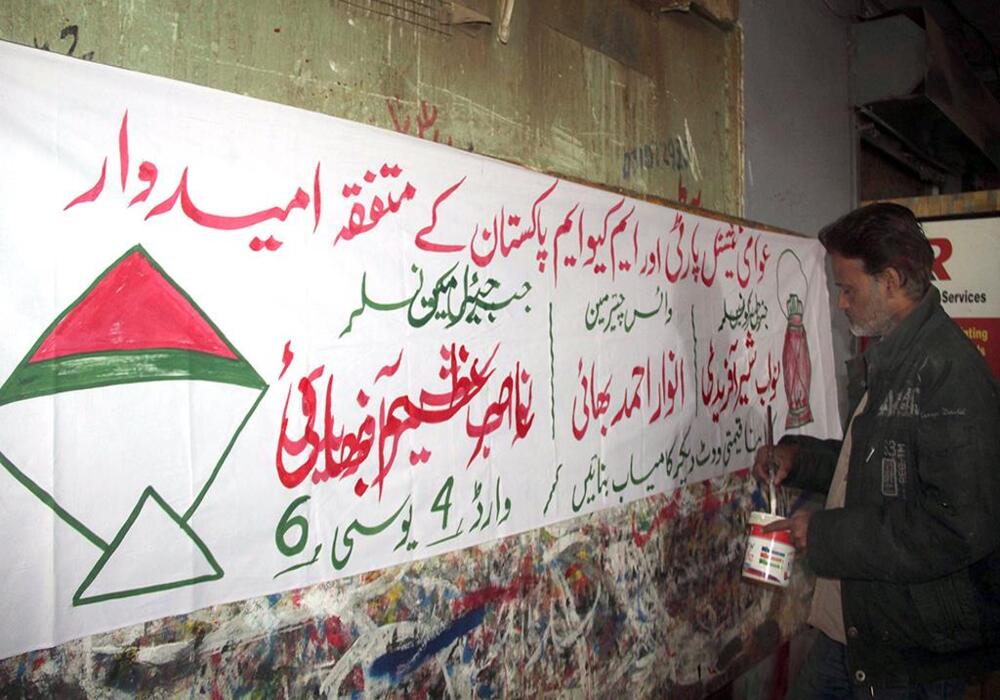 Security was put on high alert after terror attack threats ahead of the local government (LG) polls in Karachi and Hyderabad.

Sources said that banned outfits Tehreek-e-Taliban Pakistan (TTP) and Balochistan Liberation Army can carry out terrorist attacks in Sindh. Moreover, terrorists can also carry out any attack during LG polls. Law enforcement agencies (LEAs) have warned of terror threats in the upcoming local government (LG) polls in Karachi and Hyderabad. The Election Commission of Pakistan (ECP) held a session to review the security arrangements for the Karachi and Hyderabad LG polls which was attended by law enforcement agencies (LEAs) including senior police officers.

During the briefing, the election commission was apprised that the threat of terrorism came from a banned outfit that threatened to carry out explosions during the election process. The Sindh’s chief secretary said that the government is ready for making arrangements for the LG elections but there are security risks. Police officers briefed the ECP that law and order issues are prevailing across the province. They added that 63,000 personnel will be required in Karachi and Hyderabad which will increase security risks in other cities when the security officials are performing duties at polling stations.

The ECP officials said that the deployment of the Pakistan Army and Rangers is inevitable at most sensitive polling stations, sources said. Earlier in the day, the Election Commission of Pakistan (ECP) rejected Sindh government’s notification to postpone the second phase of LG polls in Sindh and ruled that the local bodies’ elections in Karachi and Hyderabad will be held as per schedule on January 15.

The Sindh government in late night Thursday move postponed the local government elections – scheduled for January 15 – in Karachi, Hyderabad, and Dadu just two days before the elections due to the Muttahida Qaumi Movement-Pakistan’s (MQM-P) reservations. The decision to hold LG polls per schedule was taken in an important ECP meeting chaired by Chief Election Commissioner (CEC) Sikandar Sultan Raja.

Rejecting Sindh government notification and request, the ECP has directed Interior Ministry to ensure the deployment of Rangers and Army on highly sensitive polling stations in Karachi and Hyderabad. Later, the Sindh government also announced to hold the local government (LG) polls on January 15, 2023.

Meanwhile, the Sindh government has decided to announce holidays for schools and colleges across the province on Saturday and Sunday ahead of local government (LG) polls. Holidays will be observed in schools and colleges on Saturday and Sunday across Sindh due to the second phase of LG polls in Karachi and Hyderabad. The education staff will be deputed for the polling process. The provincial authorities will issue a notification today. At the request of the Election Commission of Pakistan (ECP), the commissioners of Karachi and Hyderabad wrote letters to the education department.