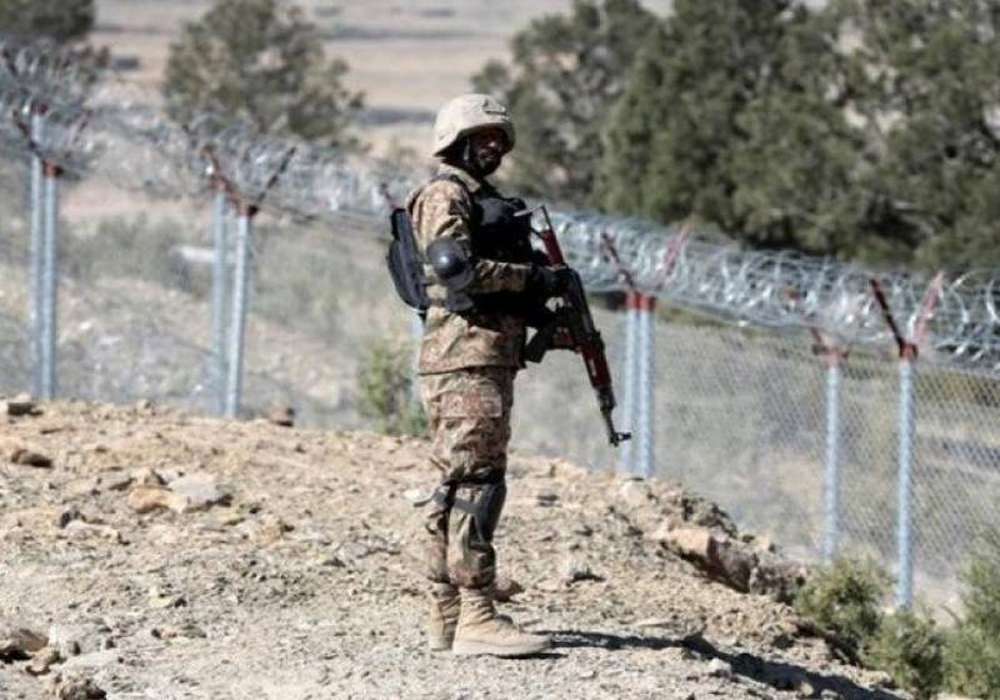 At least 12 terrorists were killed in two separate intelligence based operations in Balochistan and Khyber Pakhtunkhwa, the military’s media wing said on Wednesday.

According to the Inter-Services Public Relations (ISPR), security forces conducted an operation to “apprehend externally sponsored enemies of peace in Balochistan” after getting information regarding the presence of terrorists’ camp and hideout in the province’s Hoshab area. “Once the troops started cordoning [off] the area, [the] terrorists tried to flee their hideout and opened indiscriminate fire whereby a heavy exchange of fire ensued,” the statement said. The military said that 10 terrorists, including Commander Master Asif alias Mukesh, were killed in the exchange of fire, adding that the militants were involved in recent firing incidents and attacks on security forces in Turbat and Pasni.

“In addition, a huge cache of arms and ammunition was also recovered, which was planned for use against security forces,” the ISPR said. “Operations to eliminate perpetrators of terrorist acts will continue and they will not be allowed to sabotage peace, stability and progress of Balochistan,” the statement concluded.

Separately, two terrorists were killed in an intelligence-based operation in Kulachi tehsil of Dera Ismail Khan in Khyber Pakhtunkhwa, the ISPR said.

The operation was conducted “on [the] reported presence of terrorists”, it said, adding that the terrorists were identified as Fazal Rehman alias Khairy, a resident of village Luni, and Mehran, a resident of village Rori. “Weapons and ammunition were also recovered, which include sub-machine guns, hand grenades and a large quantity of multiple calibre rounds,” the ISPR added.

It went on to add that the killed terrorists were involved in terrorist activities against the security forces, targeted killings and kidnappings for ransom.

It may be mentioned here that earlier this week, a Pakistan Army captain was martyred during a clearance operation in Balochistan’s Kohlu district. According to the ISPR, the clearance operation was conducted on February 20 based on information about the presence of terrorists at a hideout near Kohlu.