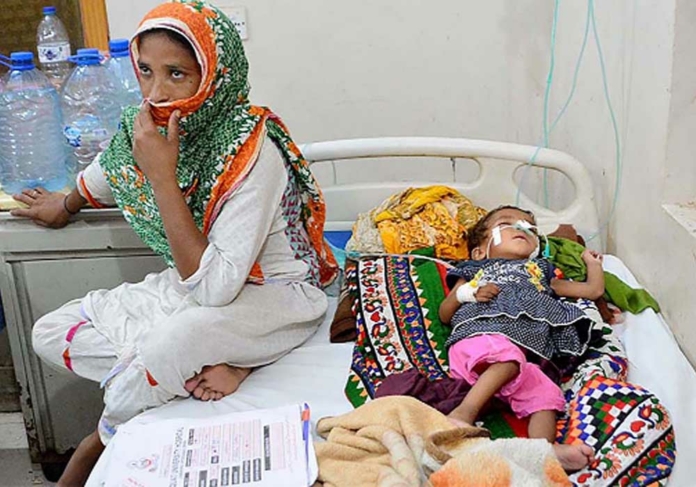 Malarial diseases and other infections claimed the lives of seven more villagers in different areas of Dadu district on Tuesday.

Reports gathered by this reporter from various areas of Dadu districts, including parts of Johi, KN Shah, Mehar, said that the outbreak of the vector-borne diseases including malaria claimed the lives seven more people, mostly in villages under floodwaters or surrounded by contaminated floodwaters. The residents of different villages of the worst-hit district of Dadu confirmed that as many as seven more people who were suffering from malaria and other infections with similar symptoms breathed their last in the last 24 hours.

Those who lost their lives in different villages of Johi, KN Shah and Mehar talukas, according to the local activists and villagers, had either been under floodwater or surrounded by highly contaminated water were suffering from malaria and other diseases with no proper required healthcare facilities or medication at their respective areas. They said those who lost their lives Monday night and then again on Tuesday were provided with medicines by the local health officials yet they could not be saved.

They fear that several hundred people in those areas suffering from the same diseases or with similar symptoms but the health officials with required quality medicines  were not seen anywhere to either provide them with required effective healthcare or start fumigation to kill off mosquitos. They believe that the unprecedented presence of mosquitos on stagnant waters is the main factor behind such deaths.