Shehroze Kashif: A kiss of death on Nanga Parbat 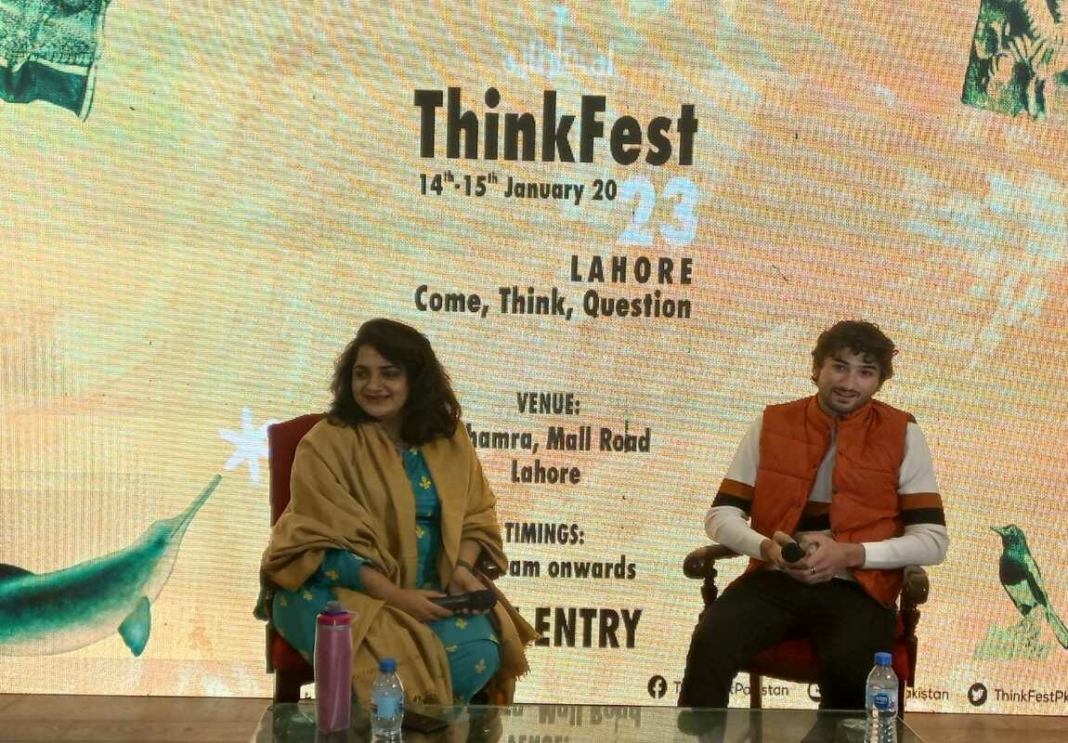 Pakistani mountaineer Shehroze Kashif recalled his memory of spending 24 hours on ‘Nanga Parbat’ and how it changed his perspective towards life.

He said during his speech at ThinkFest 2023 that being a climber was his childhood ambition and that he had persuaded his father to allow him to follow this interest.

Shehroze, a 20-year-old climber also known as Broad Boy, conquered the 8,849-meter-high Everest and the 8,611-meter-high Deadly Mountain K2 last year, making history as the youngest person to do so.

“My father was my right hand in my eight-year career; as a climber, I didn’t have a lot of opportunities or sponsors, but he helped me and I always give him this credit,” he said.

He also stated the three components of mountaineering training, which are technical, physical, and mental.

“We exercise in gyms and on the streets because we don’t have a real health center, but if you see a foreign athlete, he will have altitude rooms, cold baths, and many other amenities.”

Shehroze added that for athletes in this profession, mental strength is even more crucial.

He described his terrifying but rewarding experience in Nanga Parbat while talking to Minute Mirror, saying it was like witnessing death up close.

When descending from Nanga Parbat, he and his partner Fazal Ali became stranded in severe weather and lost communication at one point, but both displayed steely grit by making it through the night on the mountain and then making their own way to Camp 1.

“We planned to climb to the summit with Italian climbers, but at camp two we learned they were fast climbers and had already arrived at camp three, so we understood we would be climbing alone.”

“We were moving slowly and without ropes and it was terrifying to look down because you couldn’t see the ground but we eventually reached the summit.”

“I spent the entire night there without sleeping bags, tents, food, water, or oxygen. When I lost my way back, I began to get a little anxious and was unable to contact my team.”

The Guinness world record holder said that I was deprived of food for more than 72 hours, and it was the most dreadful experience of my life. No one can ever understand what I felt up there.

He mentioned that we both had given up and had begun to have hallucinations of people coming to save us.

“We persisted after spending all that time; I finally started looking for a solution when I saw the sunrise.”

He advised young mountain climbers that making nature your friend rather than confronting it is necessary since no one is more powerful than the mountain.