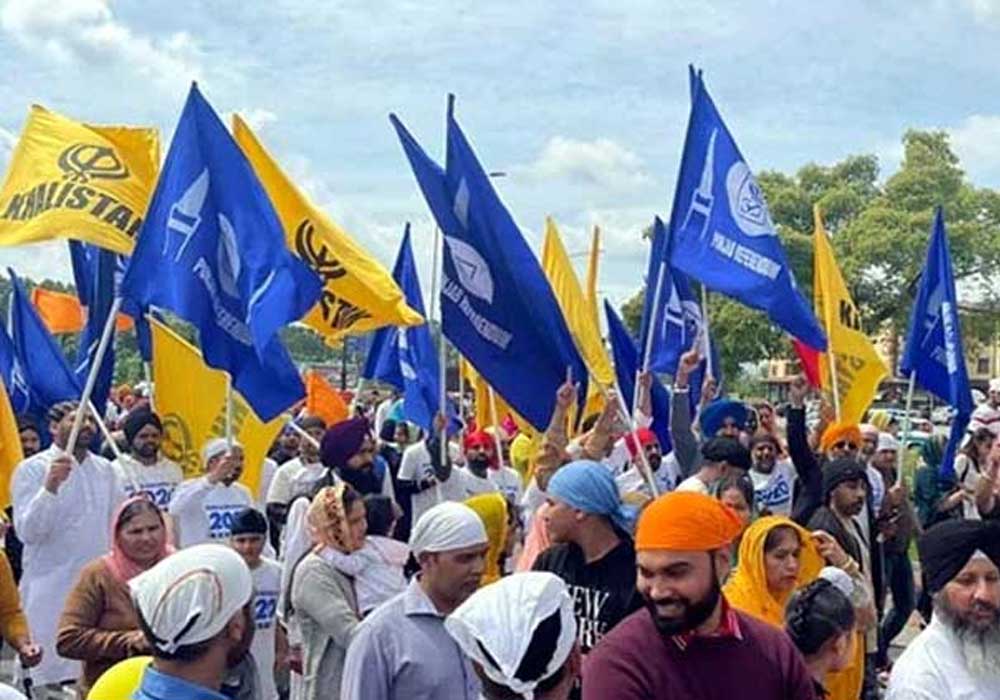 A sizable inflow of people from the Indian state of Haryana immigrated to Australia in recent decades.

The Khalistan Referendum Voting Center in Melbourne is dedicated to Shaheed Satwant Singh and Shaheed Kehar Singh, the assassins of Indira Gandhi who were hanged on January 6, 1989, in Tihar Jail, Delhi.

The SFJ has published a map of the regions designated for secession from India through the Khalistan Referendum. The map names Shimla as the capital and includes the Union Territory of Chandigarh, the states of Haryana and Himachal Pradesh as well as the Sikh-populated regions of Rajasthan, Uttar Pradesh, and Uttarakhand.

While including several states and regions of India outside of Punjab, the SFJ’s map for the intended Sikh nation Khalistan noticeably omits Nanakana Sahib and Kartarpur Sahib, the historical Sikh locations in Pakistan.

Since the voting for the Khalistan Referendum began in London, the United Kingdom on October 31, 2021, more than 600,000 Sikhs have participated in the voting in Geneva, Milan, Rome, and Toronto.