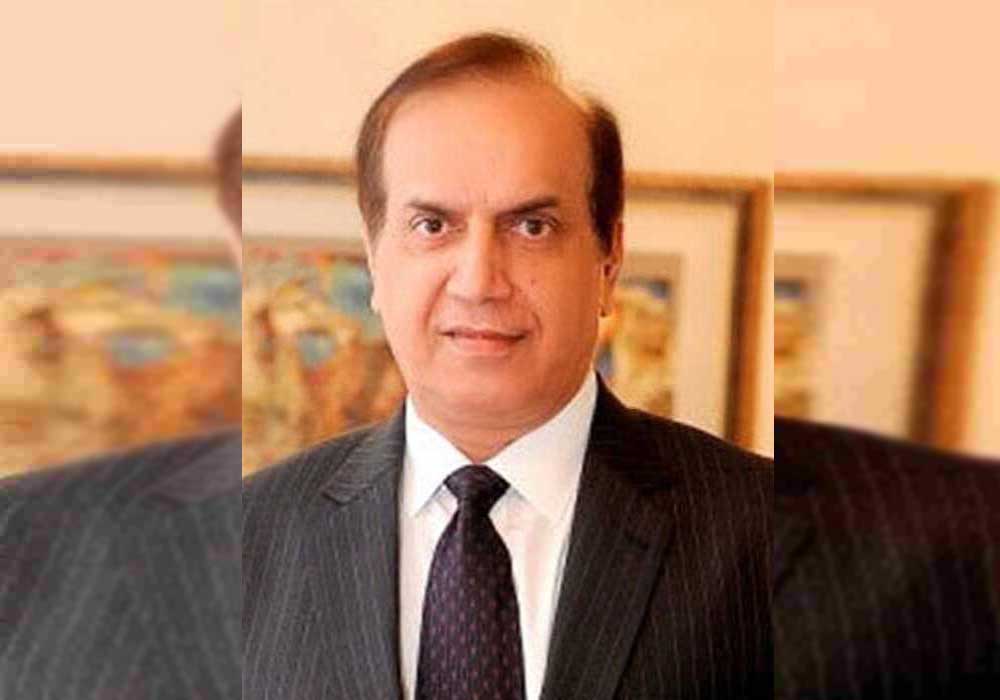 Provincial Energy Minister Imtiaz Ahmed Shaikh on Saturday said that injustices were being committed with Sindh in the distribution of gas and electricity and demanded that the federal government give Sindh representation in the federal energy regulatory bodies and in K-Electric’s board of directors.

Shaikh, in an official letter written to Federal Minister for Petroleum Musadik Malik, asked him to play his role to help resolve a number of crises Sindh faces.  He stated that it was observed with concern that injustice was being committed with Sindh in the issues of gas and electricity and the fulfilment of its due demands. ” Despite the fact that the important matters arising out of the Constitutional provisions has been taken up from time to time with the federal government but no action has so far been instigated” the letter read.

It added that in particular, the representation bog your people of Sindh in Federal Energy Regulatory Bodies and organizations such as OGRA, SSGC, PPL, MPCL, PSO etc through the government of Sindh. “But the heavy heart, I have to bring in this in your kind notice that nothing has been done in compliance of the provisions of the Constitution of the country” Shaikh wrote.

He went on to add, as you are well aware that Sindh contributes a major share of 6.30 per cent in the gas production in the country, 35.89 per cent of oil production and 20.52 per cent in the electricity production through Thar Coal and Wind / Solar Energies. The letter added that being part of the coalition government, the government of Sindh was hopeful that their genuine demands would be taken into favourable consideration and immediate actions will be taken by the Ministry of Petroleum in this regard. The letter also mentioned other points regarding other relevant issues.

Later talking to the media at his office, Imtiaz Shaikh hoped that after the letter he had written to Malik, he would contact him soon so as to resolve those matters amicably. He said that the province would not give up its right to a new agreement between provincial and federal governments on the distribution of gas. “Even half of the gas produced in Sindh is not available to the people of the province, which creates a feeling of deprivation among people,” he added.

Shaikh said that several complaints of gas shortage were being received from every part of the province including Karachi. “The problem of gas shortage has been going on for many years, and the Pakistan Tehreek-e-Insaf government did not do anything in this regard,” he said, adding that the previous government did not buy gas when it was available on cheaper rates in the international market. He said that the people facing problems because gas was now very expensive in the international market. The energy minister further said that Sindh had the solution to the energy needs of the country, but the province had been continuously neglected.

The energy minister said that the Sindh was producing 2,100 MMcf/d of gas and its own requirement was 1,600-1,700 MMCFD, while only 700-800 MMCFD was being given to the province currently. He said that the province should be given representation in the federal energy institutions. “Requests have been made for the representation of Sindh in Oil and Gas Regulatory Authority (OGRA), National Electric Power Regulatory Authority (NEPRA) and other federal institutions,” he said, adding that it was hoped that the prime minister would consider our submissions and resolve the economic issues of Karachi. He said that the gas shortage in the industry in Karachi was forcing the industrialists to buy expensive RLNG. The energy minister said that the industry would be closed and unemployment would increase if the situation persisted.

He demanded that a rightful share of gas and representation in the KE board be given to the province. He said that there was news of the suicide of a person sacked by the KE management. “If our demands regarding K-Electric are not accepted, we will raise this issue in the parliamentary forum as well,” he added. The minister said that Imran Khan had not been interested in the resolution of the gas and electricity crisis in the country. “Imran Khan has been trying to push the country into crisis for the past seven months,” he said, adding that the PTI chief was not interested in solving the country’s problems He said that Bilawal Bhutto-Zardari, being the foreign minister, was engaged in efforts to correct the wrong policies of Imran Khan.

“Better relations are being established again with friendly countries,” he added. He said Bilawal Bhutto had a better and brought political future and hoped that the days were not so far when he would become prime minister of Pakistan. Imtiaz Shaikh claimed that Imran Khan would never come to power by staging marches, as according to him, he now fully exposed himself to the people of the country. He said that after sometimes he would stand alone with shattered dreams to regain power adding he advised him to stop daydreaming.

“You cannot dupe the people with such cheap dramas… it is time for people like him to rest,” he added. He said that Bilawal Bhutto Zardari, being the foreign minister, was engaged in efforts to correct the wrong policies of Imran Khan. “Better relations are being established again with friendly countries,” he added.