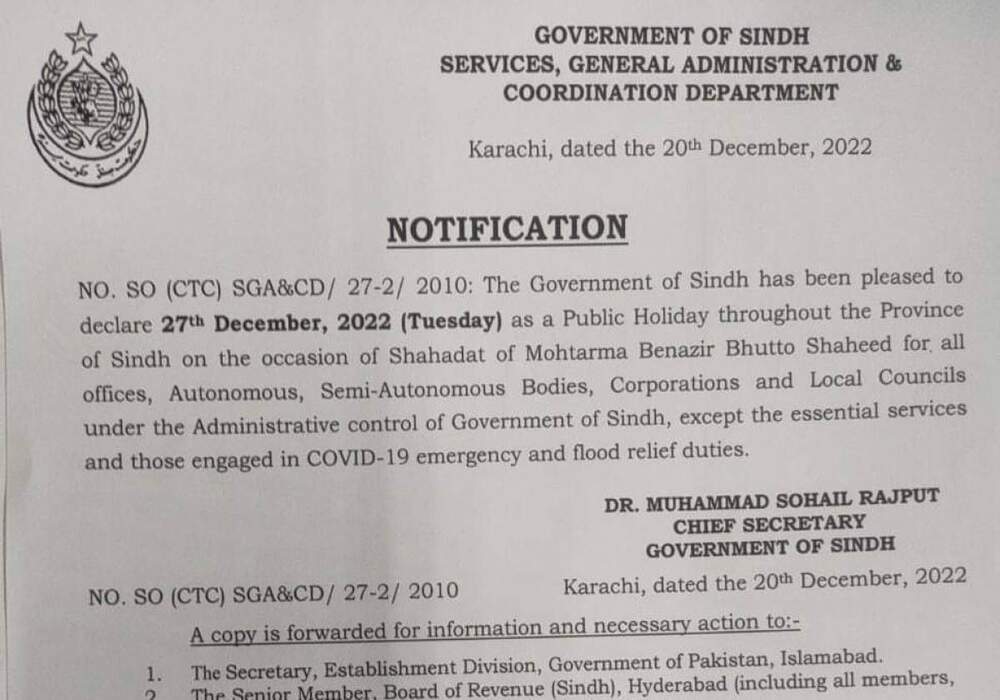 The Sindh government on Tuesday designated December 27 a public holiday, according to a notification released by the Services General Administration and Coordination Department in honor of the anniversary of the former prime minister Benazir Bhutto’s passing.

According to the notification, the Government of Sindh has declared Tuesday, December 27, 2022 (a public holiday) throughout the province of Sindh on the occasion of Mohtarma Benazir Bhutto’s shahadat for all offices, autonomous, semi-autonomous bodies, corporations, and local councils under the administrative control of the Government of Sindh, except the essential services and those engaged in COVID-19 emergency and flood relief duties.

In addition, the province-wide declaration of December 26 as a public holiday (for Christians only) commemorates the day following Christmas.

Earlier, Sindh Information and Transport Minister Sharjeel Memon announced that the government will combine the recently inaugurated Orange Bus Rapid Transit Service (BRTS) with the Green Line BRTS so that it becomes a financially viable mass transit service in Karachi.

Memon noted that initiatives were being made to upgrade public transportation options in urban areas of the province, including Karachi. He promised that this would soon undergo dramatic change for the people.