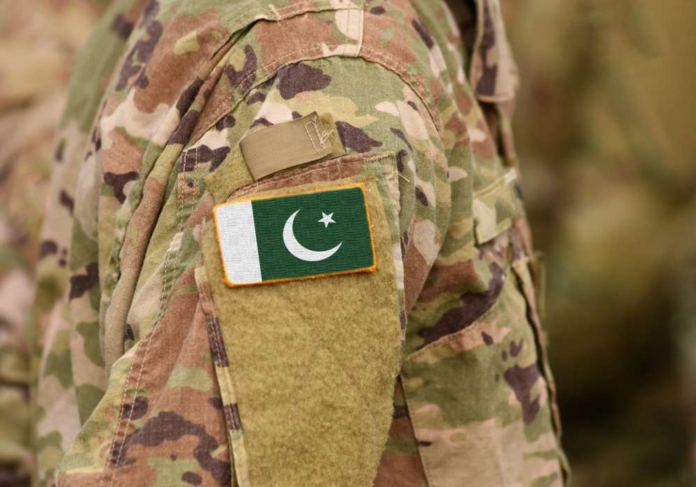 A Pakistani soldier was martyred on Sunday when terrorists from inside Afghanistan across the international border opened fire on a military post in Hassan Khel Sector in Khyber Pakhtunkhwa’s North Waziristan district, the military said in a statement.

According to Inter-Services Public Relations (ISPR), Pakistani troops responded in a befitting manner. However, during the exchange of fire, 32-year-old resident of Chota Lahore, Swabi Assistant Lance Daffadar Waqar Ali embraced martyrdom. The ISPR said that Pakistan has consistently been requesting Afghanistan to ensure effective border management. “Pakistan strongly condemns the use of Afghan soil by terrorists for activities against Pakistan,” the statement added.

The military’s media wing further said that the army is determined to eliminate the menace of terrorism and “such sacrifices of our brave soldiers further strengthen the resolve”.

Separately, a peace march was held in Kurram district on Sunday with the commitment to maintaining law and order in the area. Waving white flags, a large number of local leaders, social activists and members of different religious parties participated in the march and raised slogans in favour of peace. Tribal elders including, Inayat Tori, Syed Tajumal Hussain, Syed Sadaqat Mian, Mir Afzal Tori, Muzamil Hussain Mujahid Tori, Nushi Bangash, Abdul Samad Wazir and Muhammad Sharif Orakzai and others addressed the gathering after it reached the local press club. They said that all merged districts, especially Kurram, were badly affected in the war on terror, and now they deserve long-lasting peace.

They also assured the authorities concerned of their readiness to take all kinds of measures for peace in the area.

Separately, Qaumi Watan Party (QWP) Chairman Aftab Ahmad Khan Sherpao on Sunday expressed concern over the worsening law and order situation in Khyber Pakhtunkhwa, particularly Swat, and urged the government to take concrete steps or else the situation could get out of control. Speaking at a gathering, he lauded the people of Swat for taking to the streets to stage demonstrations against the recent wave of militancy.