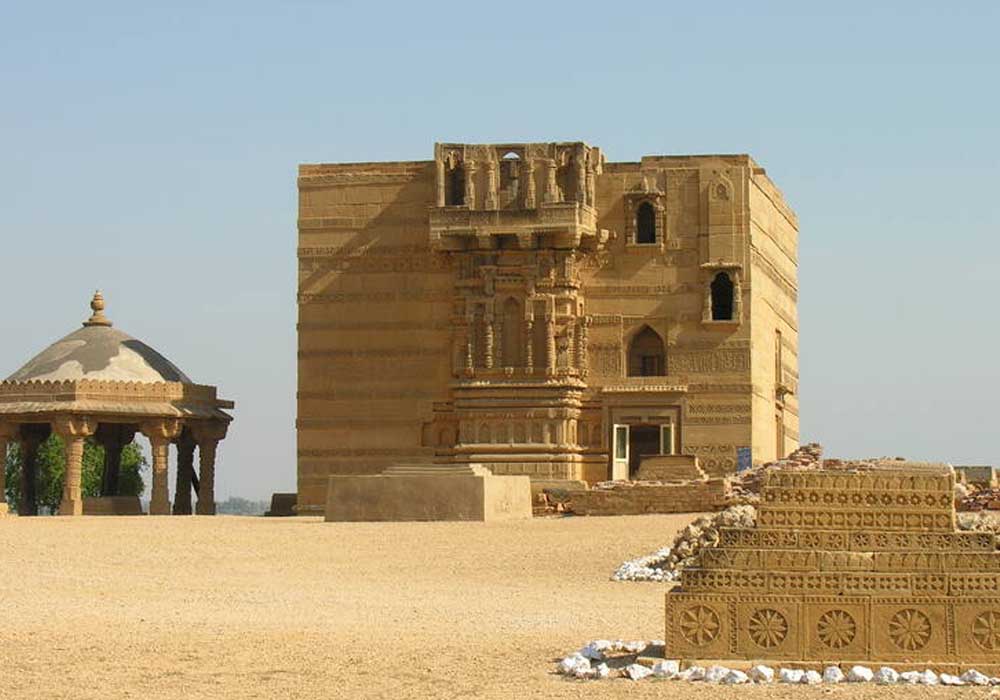 People hailing from different walks of life gathered in Munghar Khan Palijo of district Thatta at the mausoleum of eminent historian, writer and philosopher Rasool Bux Palijo to attend a cultural event. Speakers shed light on Sindh’s centuries-old culture and traditions that laid the foundation of the Indus Valley civilization some 5,000 years back.

They discussed the evolution that the civilisation has undergone over the years. The central notion of the event was to reminisce about the services of prominent personalities of Sindh in the field of literature, arts and politics who played vital roles in Sindh’s development. They were of the view that Sindh would flourish if the governments at the centre make equal distribution of resources.

A senior leader of Palijo’s Awami Tareek, while addressing the gathering, said that people like Rasool Bux Palijo, Ibrahim Munchi, Ibrahim Joyo, Saubo Giyan Chandani and Sarvech Sujawali shouldered the responsibility of creating awareness among the subjugated and suppressed masses of Sindh by keeping them aware of their rights through their writings, speeches and political movements. “Rasool Bux Palijo was the first political leader to have marshalled culture and politics so that people could get the awareness of their fundamental as well as constitutional rights.”

Central President of Sindiyyani Tareek Subhani Dahri said culture had given life to dead societies and is a key to social development in the modern world. She further added that cultural diversity should be promoted rather than being misunderstood. “Few fanatic elements of society are trying to give an adverse message as to celebrating culture day,” she said, adding that culture gave space to people belonging to different backgrounds to work together.

Senior leader Lal Jarwar talked comprehensively about the ongoing challenges being faced by the people of Sindh. He said that non-natives had been occupying large hectares of Sindh’s land in urban and rural areas, and the concerned authorities had kept a criminal silence over this scenario. Sindh’s standard of elementary as well as secondary education had been crippled after massive corruption and worst mismanagement in the department, adding that people were not getting basic health facilities at government hospitals.

Lashing out at the Sindh government, Advocate Sajjad Hussain Mahesar said that the provincial government, in its greed for power, made a settlement with MQM, a party responsible for bloodshed in Karachi and Hyderabad.

The colourful event culminated with cultural performances and tableaus through which a glowing tribute was paid to renowned figures of Sindh.