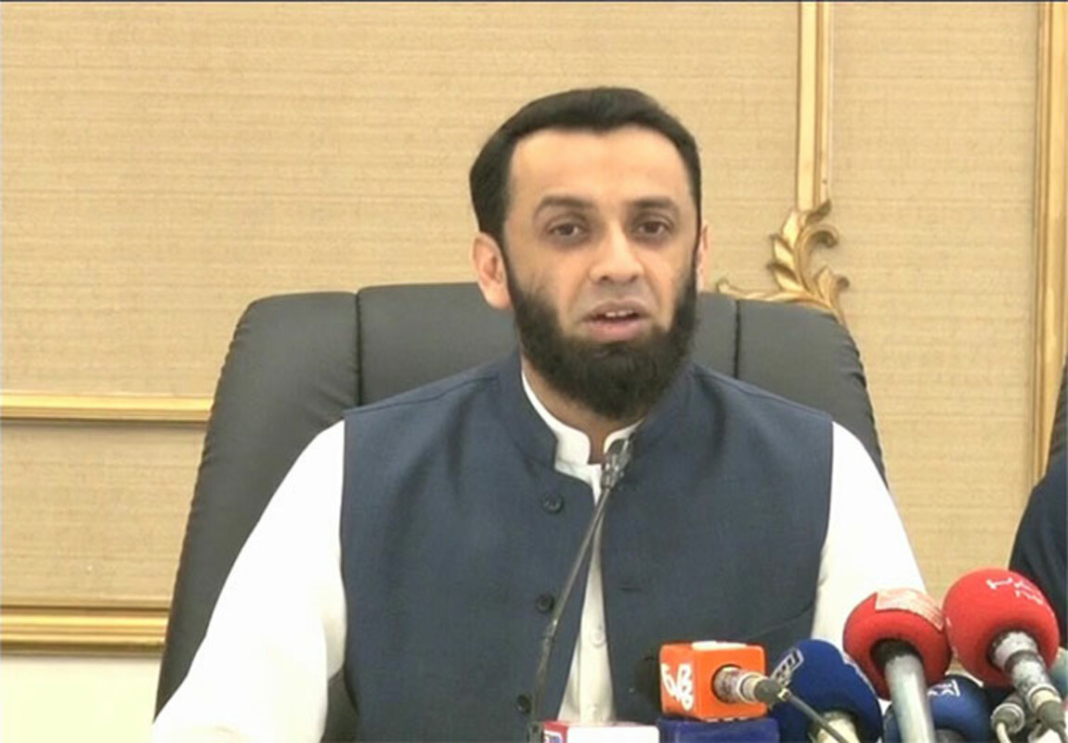 Special Assistant to the Prime Minister (SAPM) on Narcotics Control Attaullah Tarar Wednesday said that Pakistan Tehreek-e-Insaf (PTI) Chairman Imran Khan had defended the tapping of phone calls of government officials on the pretext of “security” during his tenure as the prime minister.

“But now he has taken a U-turn on phone tapping to save his skin,” he said while addressing a press conference in Islamabad.

The riposte comes days after Imran Khan criticized the alleged tapping of what he called a secure line of the Prime Minister’s House.

“His conspiracy had been exposed before the nation,” Tarar maintained.

He said Imran Khan had ordered the tapping of PTI MNAs’ mobile phones when the joint opposition tabled a no-trust motion against him in the National Assembly.

“People know very well how the PTI chairman played with a diplomatic cipher and bought votes to avoid the no-confidence vote.

The SAPM alleged that Imran created a false narrative and put the state’s dignity at risk to save his political career, besides getting illegal foreign funds to run the party affairs.

“Imran Khan’s days have been numbered and soon he will be in the grip of law,” he added.

Tarar added that the former prime minister would have to give the money trail of the funds his party received from abroad and its utilization in the country.

Commenting on PTI’s former federal minister Murad Saeed’s criticism of increased terror-related incidents in Khyber Pakhtunkhwa, the special assistant said it was a responsibility of the provincial government to maintain peace, law and order in the area that was achieved due to the sacrifices rendered by the armed forces during the last tenure of the Pakistan Muslim League-Nawaz (PML-N).

He said that the PTI had been ruling Khyber Pakhtunkhwa for the last nine years but failed to ensure peace and security there as the rulers were busy making money and doing dirty politics.

To a question, the SAPM said that the incumbent coalition government, under the leadership of Prime Minister Shehbaz Sharif, would soon be able to put the national economy on a consistent path of development and progress.

Addressing a press conference at his residence in Faisalabad, he said the PML-N government always served the masses by initiating development projects for the welfare of the public.

“During its previous tenure, the PML-N government had not only ended electricity load shedding but also weeded out terrorism in addition to putting Pakistan on road to progress and prosperity. It also launched the China-Pakistan Economic Corridor (CPEC),” he said and added that this project could boost Pakistan’s economy but unfortunately PTI’s government stopped the pace of national progress and prosperity.

He said the PML-N was a true political party and its supremo Nawaz Sharif always prioritized public welfare.

“On other hand, PTI chief Imran Khan grasped power with the help of foreign funding. His conspiracy was exposed and now he was trying to seek NRO.”

He said that Imran Khan was trying to intimidate the government through his so-called long march call but he should remember that he would not succeed in his nefarious designs as the people would reject his call.

Another PML-N leader, Hanif Abbasi, Wednesday said the nation would not accept chaos and lawlessness.

He expressed these views during a press conference alongside industrialists and businessmen at the Rawat Industrial Zone.

Hanif said that on the instructions of Prime Minister Shehbaz Sharif, ten containers having blankets, pillows, mattresses and other goods were being sent to the flood-affected of Balochistan, including Qila Abdullah, Sohbatpur, Naseerabad and Jafarabad.