â€˜This House of Clay and Waterâ€™: A portrayal of the grim reality of Lahore and its denizens 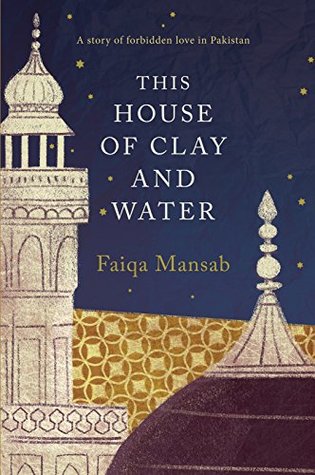 This House of Clay and Water, a novel by Faiqa Mansab, falls in the genre of South Asian Fiction.

Published by Liberty books, Mansab pays special thanks to Mr Awais Khan, author of In the Company of Strangers and No Honour for his unwavering support and encouragement on social media. She also thanks her husband and all the others around her, such as Elif Shafak, Soniah Kamal and Laleen Sukhera.

The plot of the book revolves around three main characters â€“ Nida, Bhangi, and Sasha.

Bhangi is a khawaja sara (trans) who is vilified by the society. The hermaphrodite is considered a curse, filth, and piece of dirt. The scene shifts to a mosque â€“ a place of worship and purity. The maulvi who is supposed to preach about the love of God actually throws insults at Bhangi, calling him filthy and impious.

The maulvi who talks of cleanliness is actually the complete opposite of it himself.

To God, everyone is equal and the maulvi cannot comprehend this single belief!

This reflects how corrupt our society is! The values and morals we inculcate in others, we donâ€™t follow ourselves.

Nida is a woman clad in a burqa who loves to visit the Dargah. She falls in love with Bhangi.

Sasha is a woman married in a middle-class society. She is wedded to Luqman. She is of class and he is of middle status.

Her constant demands for designer bags and shoes grow into a bickering relationship between the two.

Sasha is wild. She falls prey to temptation. She is stuck in a triangle of men like Faheem, Kamal, and Luqman.

Does life teach Sasha a lesson?

Will she reform for the better?

The novel is a deep insight into the most elite sect of Pakistani society. With booze, nudity, rape, pre-marital sex, it is a morally dead and decadent society.

A parallel can be drawn between Mohsin Hamidâ€™s Moth Smoke and Khanâ€™s debut novel In the Company of Strangers, in the portrayal of the aristocratic society of Lahore. Lahore, the â€˜city of gardens and shrinesâ€™ was â€˜overtly sinfulâ€™ and populated by the â€˜fashionably scandalousâ€™. This was the â€˜new Lahore that was hundreds of years old itselfâ€™.

â€˜The haunting beauty of the old was neatly juxtaposed with the vulgar hypocrisy of the new.â€™

Nida is married to Saqib, who is from an affluent political family.

She and Sasha meet at the Data Sahib Darbar. Both are looking for some meaning in their existence. They connect with each other. Both want to fill the empty void in their lives.

Nida gives birth to Fatima â€“ a child born with Down syndrome. Saqib is unaccepting of this harsh reality and isolates Nida from himself.

Nida finds solace in the kind, warm eyes of Bhangi. As she trespasses the religious and moral boundaries and follows in the footsteps of sin and sinner by engaging in carnal pleasure with Bhangi, she is startled at her daring in how she crosses the norms of society without understanding the immorality of her behaviour.

In the subplot is the story of Zoya, Sashaâ€™s daughter who is raped by Idrees, their maid Raziaâ€™s husband. Zoya confides in Nida. Afraid to tell Sasha, who is least concerned about her responsibility as a mother, Nida helps Sasha and Zoya escape the horror of having Luqman find out about the abominable crime.

The novel depicts the ills of our society, the trauma that young girls face at the hands of monstrous men, leaving them scarred for a lifetime.

In his novel No Honour, Khan talks of how a womanâ€™s honour must be protected at all costs.

The thematic concern is the moral corruption both in the urban elites and the lower class of beggars, prostitutes, and pimps!

The title echoes how a â€˜house of clay and waterâ€™ is better than a grandiose mansion! Clay and water then become a metaphor for love and contentment â€“ a quality that is lacking in the house of brick. Material wealth stones the heart, robbing it of kindness and sensitivity.

On the whole, a realistic novel that weaves the threads of love, loss, and betrayal in the complex web of change and evolution in Pakistani society.

Laleen Sukhera and Awais Khan have the following to say about the novel:

â€œSkillfully woven with multifaceted characters in nuanced flavourful settings, this is a novel brimming with empathy that will leave your heart aching for more.â€

The novel deserves applause written in simple words and the first-person narration! A must on your bucket list! So go grab a copy and relish the read! Indeed a novel of its times!