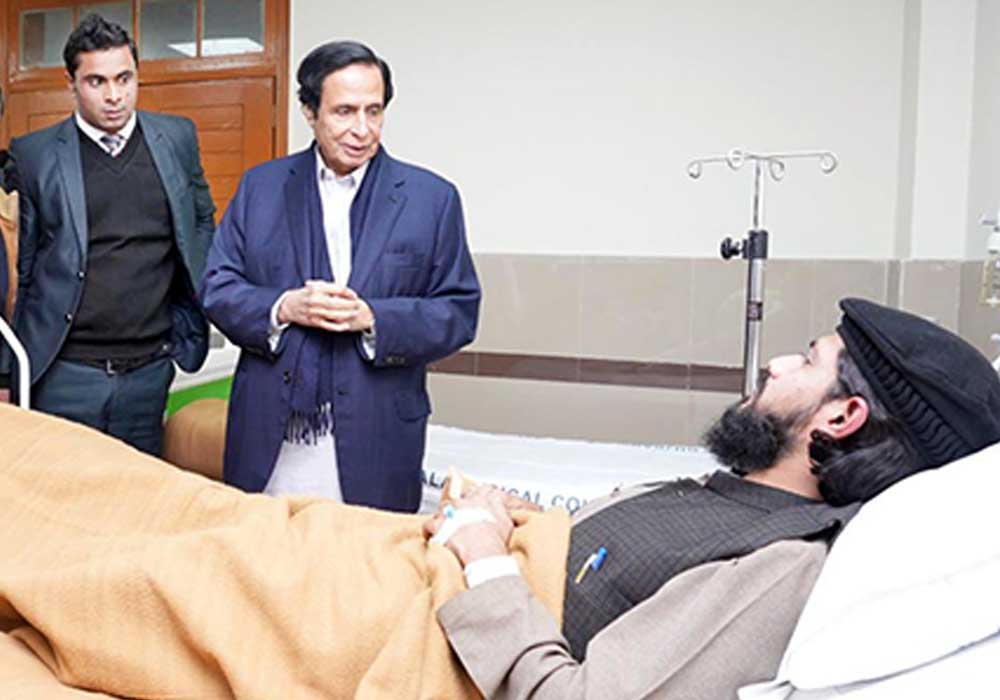 Punjab Chief Minister Chaudhry Parvez Elahi Thursday said that there is no need to implement what he called “unlawful order” of Punjab Governor Balighur Rehman, directing the chief minister to seek a vote of trust from the Punjab Assembly.

“We do not accept this unlawful order of the governor and there is no need to implement it,” he said while speaking to reporters after inaugurating an extension project of the Chaudhry Parvez Elahi Institute of Cardiology, Wazirabad.

The move will likely intensify the political turmoil in Punjab, which came to a halt after the Lahore High Court (LHC) reinstated Elahi as the CM following his de-notification by the governor.

The court reinstated Elahi on December 23 and adjourned the hearing till January 11. Although it restricted the CM from dissolving the assembly, the court said its order would not stop Elahi from taking a vote of confidence.

As a result, the Pakistan Tehreek-e-Insaf (PTI) – an ally of Elahi – started working and the party’s leaders claimed that the CM would take the trust vote before January 11 – the hearing’s date.

But problems have arisen for the CM after independent lawmaker Syeda Zahra Naqvi said she was an ally of PTI and not Elahi, The News reported, with three members of the PTI also set to rebel against the party’s decision to back the Pakistan Muslim League-Quaid (PML-Q) leader.

“The governor wants me to follow his illegal order, but I will not do it,” the chief minister said, as the ruling coalition in Punjab scrambles to ensure his position.

Moreover, the chief minister said that the Punjab government has lifted the ban on new recruitments in different departments of Punjab. “More than 100,000 jobs will be generated in the coming few months.”

He added that a deal has been made with Turkish company OzPak regarding cleanliness arrangements and now people see its result in every city of the province.  “The Punjab government is working round-the-clock in order to elevate the standard of life in the province.”

The CM said that Chaudhry Parvez Elahi Institute of Cardiology Wazirabad will be enhanced from 100 to 200 beds while in the second phase the number of beds will be increased to 500. The shortage of doctors especially anthologists and paramedical staff will be fulfilled forthwith.

The chief minister visited various departments and CT scan section and inquired after health of the patients. He said that the service of contractual doctors would be regularized.

“The Punjab government is bringing a revolutionary change in the health sector,” he said, adding that the health card is a historic project according to the vision of Imran Khan. “We are striving to resolve the problems of the people of Gujranwala.”

Meanwhile, the chief minister Thursday said that the United Nations must honor its commitment on Kashmir.

In his message on Kashmiris’ right to self-determination day, the chief minister said that the purpose of celebrating the day is to draw the attention of the international community to the promise of giving self-determination to oppressed Kashmiris.

“For the last 74 years, tyrannized Kashmiris have been waiting for the fulfillment of this promise. Deviation from the resolutions on the right to self-determination is a negation of human freedom, the Universal Declaration of Human Rights and the United Nations human rights treaties,” he said.

The CM regretted that the Hindu supremacist Modi-led Indian regime has created an atmosphere of fear and chaos in Kashmir through illegal and unilateral actions. The international community, the United Nations and global human rights organizations should take action against India’s actions, Elahi said.

“India has made Occupied Jammu and Kashmir the largest militarized zone in the world which is a violation of all international laws. Pakistan would continue to express the sentiments of the persecuted Kashmiris according to the resolutions of the United Nations Security Council.