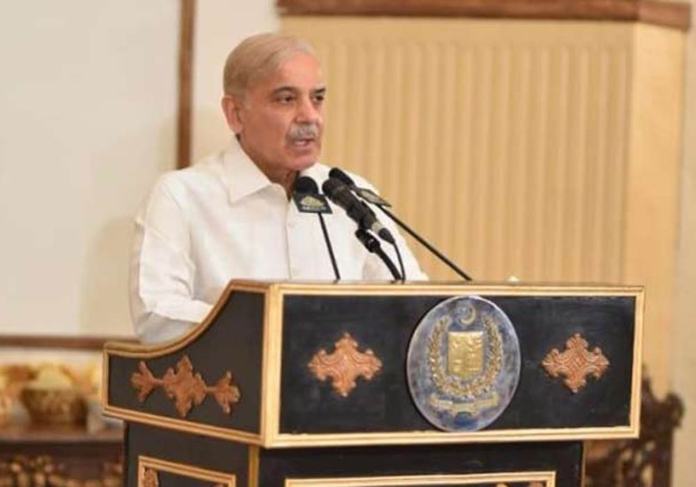 Prime Minister Shehbaz Sharif Thursday announced giving 20,000 internships to young engineers and 75 scholarships to students for studies in the top universities of the world.

The Ministry of Planning and Development will carry out the youth initiatives, which also include spending of Rs 40 billion in 20 most underdeveloped districts and building of 250 mini sports complexes. Addressing the launching ceremony, the prime minister said the programme would be expanded further and more initiatives would be launched for the youth, who were a considerable part of the population.

Referring to his initiatives as Punjab chief minister, he said the government of Pakistan Muslim League(N) under the leadership of Nawaz Sharif had undertaken different programmes for providing high quality education, scholarships and laptops to millions of students. The prime minister said his provincial government had set up the Punjab Endowment Fund and in eight years Rs 20 billion were given as scholarships to high achievers in studies.

Millions of students were equipped with technical education under the Punjab Skills Development Programme, he recalled. Similarly, he said, hundreds of students were sent to Turkiye and China so that they could learn Turkish and Chinese. Now many of those Chinese speaking Pakistanis were working in the China Pakistan Economic Corridor (CPEC) project as interpreters and translators. About 75,000 vehicles were distributed among the people so that they could earn their living, he said, adding during his government tenure in Punjab, Danish schools were established so that orphans and children from less privileged backgrounds could get education.

He said the federal coalition government saved Pakistan from economic default and distributed Rs 66 billion among the flood affected families through the Benazir Income Support Programme (BISP). Billions of rupees were also spent on the provision of food, drinking water, medicines, blankets, tents and mosquito nets to the flood-hit people, he said, adding Pakistan’s friends, including China, Turkiye, Qatar, Saudi Arabia, the United Arab Emirates, the United States, the United Kingdom and the European Union provided assistance for the citizens devastated by the floods.

He said he was willing to talk with the opposition leadership in the larger national interest. However, he reminded that the opposition had double standards as it was not willing to talk with the parties in the coalition government during the last four years. The prime minister said it was unfortunate that billions of dollars of the nation were wasted by delaying the construction of projects such as Neelum Jhelum hydro project and Reko Diq mining project.

He stressed that the nation’s resources should be spent on equipping the youth with high quality education instead of creating divisions and sowing seeds of hate among them. He assured that more funds would be allocated for the education sector and for equipping the students with the latest skills. Minister for Planning and Development Ahsan Iqbal shed light on the salient features of the youth initiatives. He said the previous Pakistan Muslim League-Nawaz government during its last year had allocated Rs 1,000 billion for the Public Sector Development Programme (PSDP). While the PTI government slashed the development programme and brought it down to Rs 550 billion during its term, he added.

Prime Minister Shehbaz Sharif was told on Thursday that Pakistan Railway would complete the laying of 105 kilometers long rail track by March 23, 2023, to facilitate the transportation of Thar coal to power and cement plants as well as brick kilns across the country. During a meeting, chaired by the prime minister, it was told that the new rail track would be laid from Chhor to Islamkot which would cost Rs58 billion, to be equally borne by both the federal and Sindh governments.

The prime minister also constituted a committee under Planning Minister Ahsan Iqbal and Sindh Chief Minister Syed Murad Ali Shah, with a mandate to assess the availability of coal from Thar Coal Mines and its demand in the local market, asking them to present a report within 72 hours. The committee would also consist of Railways Minister Khawaja Saad Rafiq, Special Assistant to PM Dr Jahanzeb Khan, Director General of Frontier Works Organization, and secretaries and experts of relevant ministries.