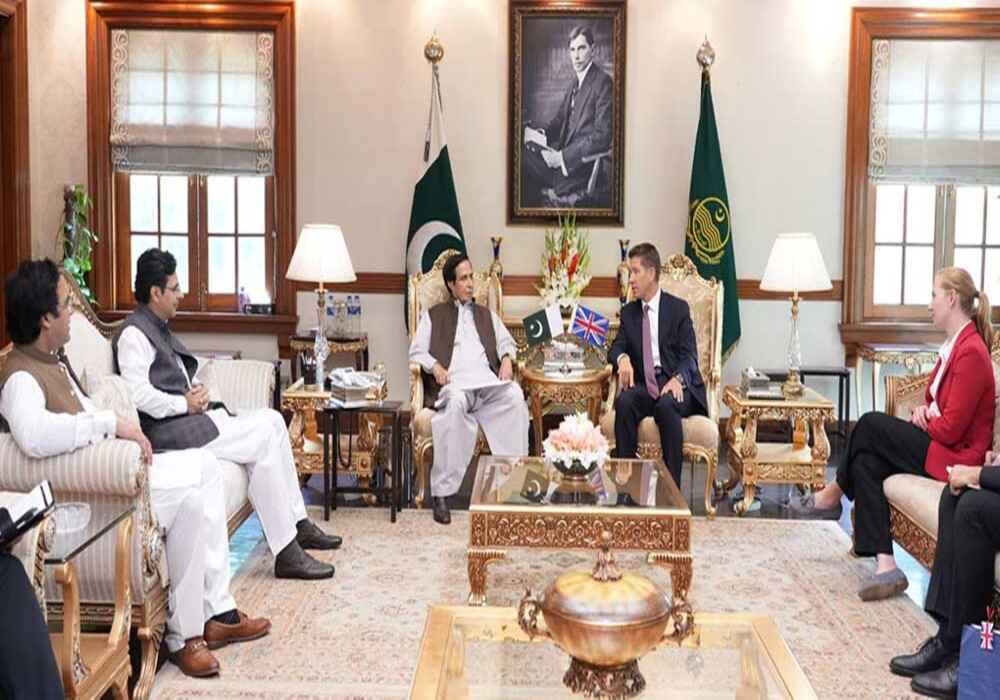 The two sides agreed to promote cooperation in various fields, including health and technical education. The British high commissioner expressed regret over the loss of life and property due to floods and vowed to continue cooperation with the Punjab government in education, health and other sectors.

The CM appreciated the UK’s contribution to help the flood victims. “The provincial government valued British cooperation for peace and security,” he said and expressed the desire to expand bilateral relations in different fields.

The government would extend the ongoing reforms programme initiated with the UK cooperation in different sectors, he stated and added that a comprehensive plan had been devised for the rehabilitation of flood-affected areas and the victims.

He informed Tariq Jamil that his government had decided that all government offices would take a mandatory break from 1pm to 2pm in the afternoon to offer Zuhr prayer. “We have succeeded in incorporating the finality of prophethood affidavit in the marriage certificate. Allah Almighty has given us the noble opportunity to serve the religion.”

Also, the chief minister on Wednesday inaugurated the pilot project of the Environment Protection Department’s anti-smog squad at his office. This squad would comprise the traffic police, transport and environmental protection departments.

The EPD secretary briefed the CM about the working of the squad. The CM said that the anti-smog squad would regularly check vehicles emitting smoke and action would be taken against them.

Provincial Minister for Environment and Parliamentary Affairs Raja Basharat and others were also present.