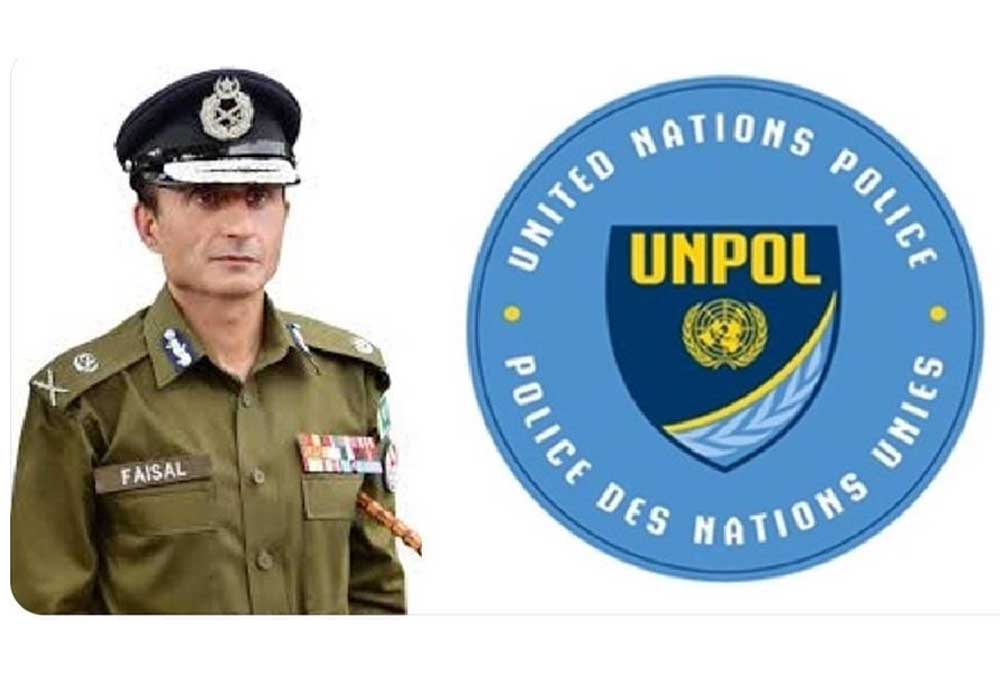 IG Punjab Faisal Shahkar is the first Pakistani to be appointed to this position.

The Secretary General of the United Nations has announced the appointment of Faisal Shahkar. Earlier, people from European and Western countries were appointed to this position.

UNPOL in a tweet said, Shahkar’s over 30 years of national and UN policing experience will help ensure UN Police continues to meet the challenges of today and tomorrow.

According to the Director of Public Relations (DPR) Punjab police, “a senior police officer getting appointed as an adviser in the Department of Peace Operations shows Punjab Police proficiency at the UN.”

Shahkar, a BS-22 police officer, was appointed to lead the Punjab Police in July of this year.

The Punjab Police chief also served as the inspector general of the Pakistan Railways Police.