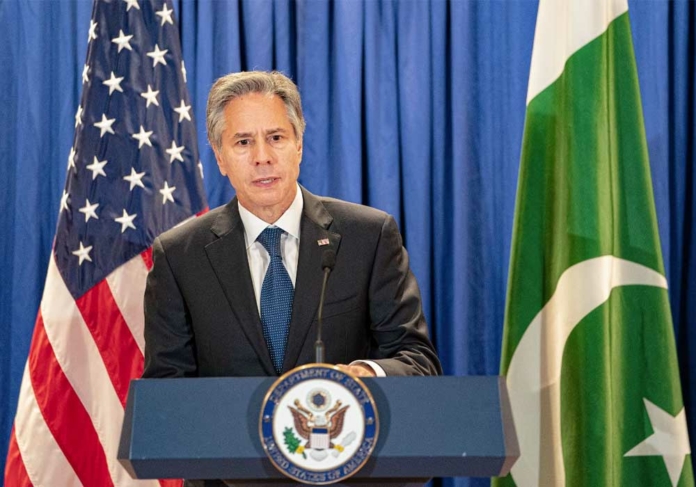 US Secretary of State Antony Blinken in a statement announced an additional $10 million for food security assistance.

On Monday, Blinken said that the United States was present for Pakistan just like it had been in the past.

Blinken, during his meeting with Foreign Minister Bilawal Bhutto, said that they had an engaging and extensive conversation on different issues. Blinken also discussed managing a responsible relationship with India at the discussion.

He stated, “Our colleagues also spoke about China and we also critically talked about deepening our relations.”

He added that the two countries had collaborated on counterterrorism efforts, collective objectives for Afghanistan, and efforts to address shared threats.

Bilawal Bhutto said that the United States has announced an additional ten million dollars in aid to Pakistan for food security.

The foreign minister also stated, “It is time for a green revolution in Pakistan and hundreds of eco-friendly projects can be started with American support.”

Bilawal arrived in Washington on Sunday with Minister of State for Foreign Affairs Hina Rabbani Khar along with other members of his team.

The foreign minister met with the Special Representative for Commercial Affairs at the US State Department Dilawar Syed shortly after his arrival, and the two sides discussed various possibilities for deepening economic cooperation.

A counsellor with the State Department, Derek Chollet, said that the US wanted to keep amicable ties with Pakistan and did not want Pakistan to give up China in favour of boosting its relations with Washington.