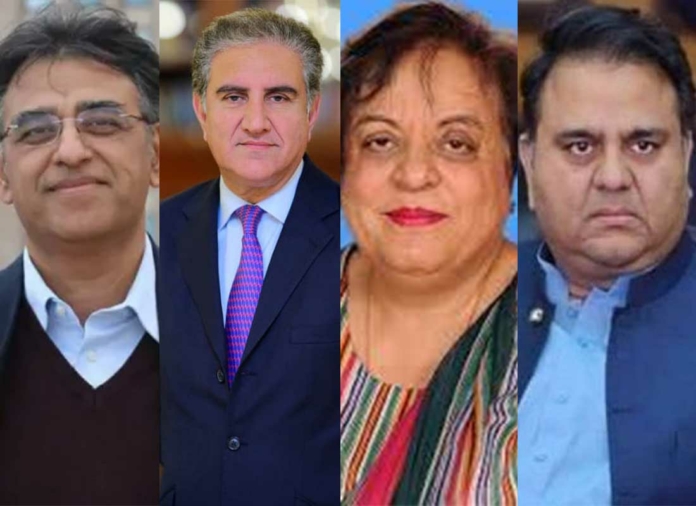 On Thursday, PTI Vice President Shah Mahmood Qureshi stated at the start of the press conference that the then-Punjab administration “attacked” the party gathering on May 25.

He said that “We were helpless to protect ourselves. Everybody can see how our workers were tortured and imprisoned.”

Qureshi gave the journalists his word that the PTI’s long march would be peaceful and that it will go by the Constitution in the direction of Islamabad.

PTI leader Faisal Vawda held a news conference on Wednesday, to which Qureshi responded by saying that it was intended to instil terror among the people since they were “excited” about the march.

He stated, the military’s senior brass had a press conference today, and a recurring theme was that the institutions had decided to remain apolitical. “We fear a new Pandora box has been opened.”

Qureshi further stated that this has always been our goal because, by the Constitution, each institution has a specific function, and if each one continues to carry out its assigned duties, things will run more smoothly and no problems will arise.

He said, “US cypher is a reality, it’s not a political tool that the PTI is using.”

Qureshi refuted the claim that PTI was attempting to create political unrest.

PTI senior member Asad Umar stated that “You can debate Imran Khan’s criticism, but nothing he says will harm the army or the nation.”

According to Umar, Imran Khan has frequently expressed his opinions on the military’s function, saying that given Pakistan’s strategic location, “a robust army is vital for Pakistan.”

Umar asserted that the PTI Chairman “never” disparaged the military forces abroad, whether in the United Kingdom or the United States, and that he owns both the armed forces and the country.

PTI leader Shireen Mazari asked military leadership to give everyone equal freedom to speak and criticize… there is either democracy or not, there is nothing in between.

She said if COAS can criticize the PTI government while giving a speech at NDU, why does the PTI leadership get picked up for expressing their opinion?