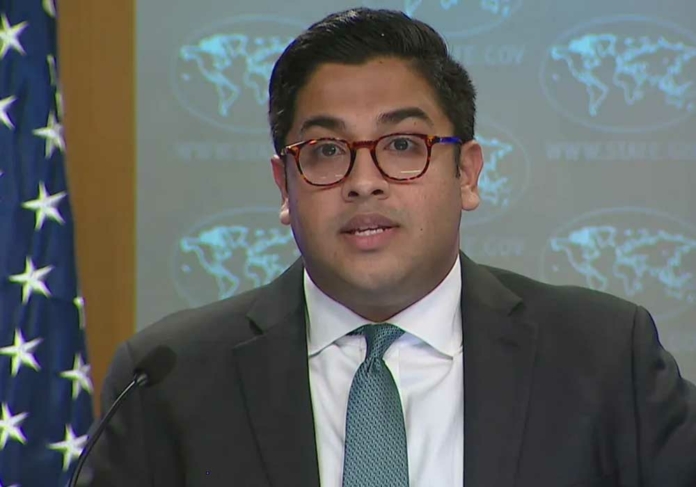 US State Department Spokesman Vedant Patel has said that while acknowledging Pakistan’s suffering at the hands of terrorists, Washington wants Islamabad to take consistent action against all terrorist organizations.

On Tuesday, Vedant Patel stated in his daily news briefing that few countries have suffered from terrorism as much as Pakistan and have a shared interest in tackling dangers to regional instability and security like the Tehreek-e-Taliban Pakistan.

He further said that this demonstrates that the relationship between both countries is defined by the need to resist the militant threat.

He said, “We seek a strong partnership with Pakistan on counter-terrorism and expect sustained action against all militant and terrorist groups.”

The latest F-16 agreement between the two nations is a tangible example of this collaboration.

Patel further stated that “we look forward to the collaborative efforts to eliminate all regional and international terrorist threats.”

Earlier, the US State Department stated that the F-16 program was a significant component of the larger bilateral partnership between the US and Pakistan.

According to a State Department official who spoke to local media, the planned sale will sustain Pakistan’s capabilities to combat current and future counterterrorism threats by preserving its F-16 fleet.

The US official said that the proposed sale will ensure Pakistan retains interoperability with the US and partner forces in ongoing counterterrorism actions and in readiness for future contingency operations.