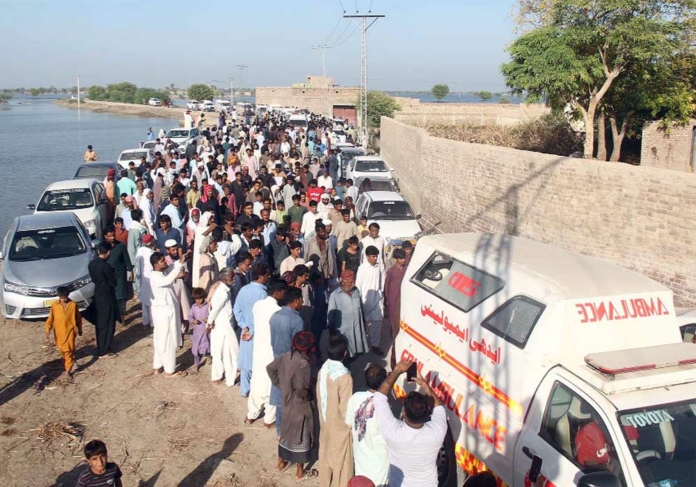 The bodies of 18 flood survivors, who were killed in a bus inferno near Nooriabad on Wednesday, were laid to rest in a village near Khairpur Nathan Shah in Dadu district on Thursday.

Hundreds of people and the victims’ relatives attended their last rites.

Talking to the media, the heirs of the victims lamented that they had not been provided with any help.

They said that the local lawmaker, PPP MPA Aziz Junejo, never visited them since they were hit by floods. They added that they were forced to take shelter in relief camps in Karachi.

They, however, thanked Edhi Foundation officials and eminent philanthropist Zaffar Abbas, who helped them shift the bodies to their native towns. 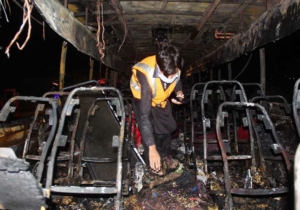 A first information report was registered against the owner of the bus, Noor Mohammad, and its driver Imran Khan at Nooriabad Police Station under 230 and 297 of Pakistan Penal Code on the complaint of Motorway Police inspector Mohammad Asghar Shoro. No arrest was made when this story was filed.

The prime minister, in a tweet, prayed to Allah Almighty to bless the departed souls and grant patience to the bereaved families. He also prayed for the speedy recovery of the injured.