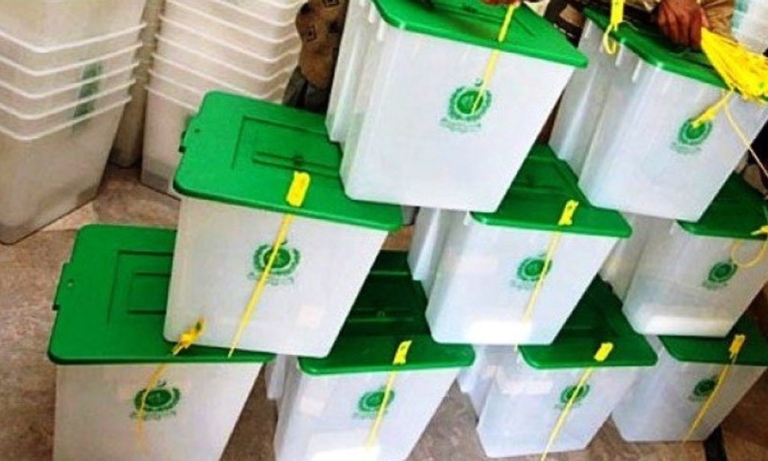 Voting for by-elections in 11 constituencies in Punjab, Sindh, and Khyber Pakhtunkhwa is underway.

The voting process in 11 constituencies will go on as scheduled until 5:00pm.

According to a statement from the ECP, it has given strict orders to provincial election commissioners to ensure that anyone attempting to sway the outcome of the vote will be detained right away.

Additionally, it stated that if any government employee was found to have tampered with the results of an election, they should not only be detained right away and the appropriate legal procedures should be followed, but they should also be reported to the ECP for disciplinary action.

PTI Chairman Imran Khan is competing for seven of the eight NA seats, which is unprecedented in the political history of the country.

A total of 101 candidates, representing various political parties and independents, are running for office: 52 in Punjab, 33 in Sindh, and 16 in KP. These constituencies have 4.472 million registered voters.

Speaker Raja Pervaiz Ashraf accepted the resignations of PTI MNAs on July 28, nine on general seats and two on reserved seats for women, igniting debate about the resignation’s partial acceptance. As a result, the NA seats were vacated.

The legislators whose resignations were approved were among the more than 120 who had left their National Assembly seats on April 11, two days after former prime minister Imran Khan was removed from office following a no-confidence vote.