Who are the potential candidates for Punjab’s caretaker Chief Minister?

Hamza Shehbaz, the PML-N leader and leader of the opposition in the provincial legislature, has proposed two names to serve as the interim CM of Punjab. The opposition leader has chosen Syed Mohsin Naqvi and Ahad Khan Cheema. 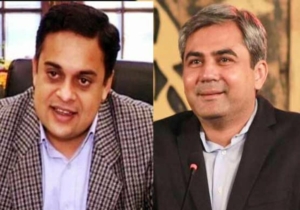 The owner of City Media Group Mohsin Naqvi is nominated by the opposition leader of the provincial assembly. He is said to have political ties with Chaudhrys of Gujrat.

Former Pakistan Administrative Service employee Ahad Cheema served as Establishment Advisor to Prime Minister Shehbaz Sharif. He resigned in June and been named PM’s advisor after that. He was a district management group officer (DMG) in grade 20 of the PAS. 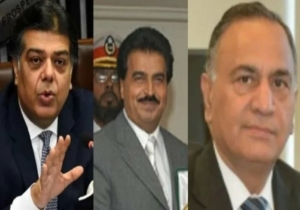 Nasir Mahmood Khosa is a former Pakistan Administrative Service employee from Dera Ghazi Khan who worked in the BPS-22 grade.

Ahmad Nawaz Sukhera was selected by the former prime minister Imran Khan to serve as Pakistan’s cabinet secretary. He had previously held the positions of Secretary Board of Investment, Secretary of Commerce and Secretary of Information for Pakistan.

One of the PTI and PML- Q’s nominees for the caretaker chief minister of Punjab, Naseer Ahmad, has been revealed to be a dual national, according to reports. Naseer formerly held the position of federal health minister in the administration of Pervez Musharraf and owned a construction company in Africa. He also served as Punjab’s health minister from 1985 and 1988.