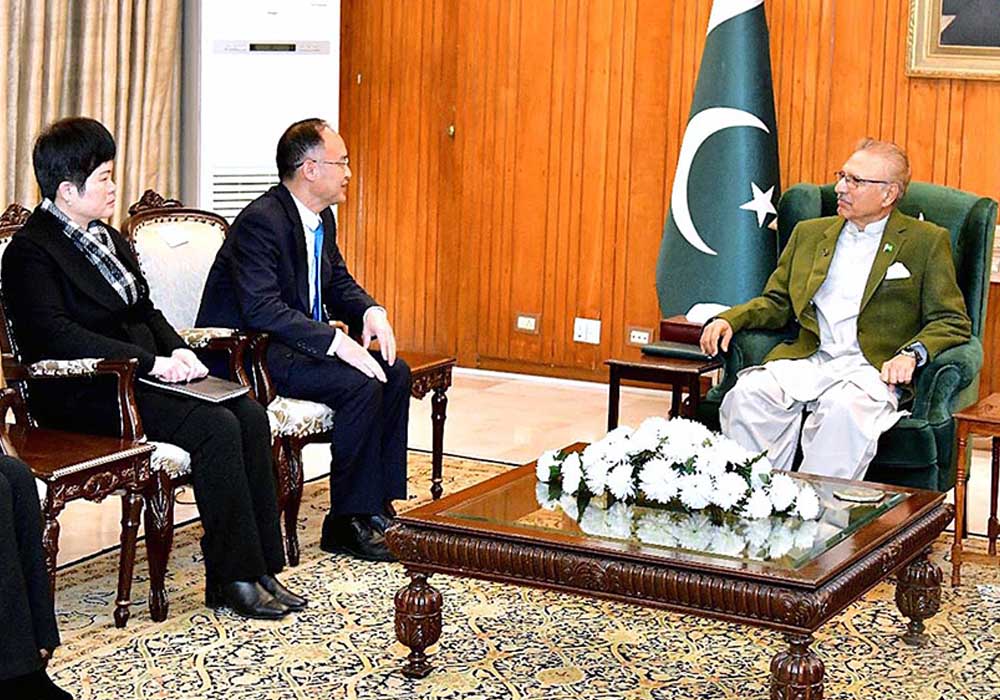 President Dr Arif Alvi on Tuesday said the world needed humanity-based morality and a new world order where every person living on the planet is valued and regarded as equal to any other person without discrimination of colour, creed, language, religion, or race.

The president, addressing the inaugural session of the 2nd International Annual Conference on ‘Security Dialogue’ organized by the Institute of Regional Studies, said the developed countries pursued policies suiting their vested interests, and imposed their policies and thinking on the less developed countries without factoring into their specific needs, wants and preferences.

He said the vested interest-based world order set by the developed countries had to be followed by the less developed ones without giving them leverage and keeping in view their way of life, preferences, and social and cultural values. He said in addition to the traditional ways of doing things, there was a need to adopt a non-traditional approach to identify areas of conflicts, their impact, reach, and ways to resolve them.

The traditional concept of the nations and nation-states, he added, were being challenged which needed to be handled on a top priority basis but it could only be done with international cooperation in the key areas of security, food, and climate change. He said global warming had affected human beings and other living and non-living things on the planet as according to one estimate, around 50 species were in danger of extinction by 2050 and insects were facing stress, affecting the weather systems and resulting in catastrophic natural disasters.

He said much closer and more meaningful international cooperation was needed to restore ecological balance and also in agriculture to avoid hunger and malnutrition. President Alvi said there existed a paradox in the world as few had an abundance of food and resources whereas few were facing a shortage of basic necessities of life. He emphasized the need for traditional and non-traditional cooperation for averting conflicts in the world and dialogue could play a pivotal role in that regard. There was a need to have cooperation in the cyber world and health sector as well, he added.

He lamented the fact that the regional organizations were established for regional cooperation and for resolving regional conflicts, but if the bigger countries like India in SAARC (South Asian Association for Regional Cooperation) did not give due weightage to the organization, it would lose its scope and efficacy. The president said India should not sow the seeds of fundamentalism and discrimination against minorities. The issue of Kashmir was also on the back burner due to the no-cooperative attitude of India, he added.

He said the institutions should be strengthened for the development of a country, adding that democracy could be strengthened with consultation and following the constitution. Talking about uneven population growth in the world, President Alvi said there was a need to manage population growth by benchmarking the best practices of many countries that were successful in curtailing the rising rate of the population by achieving economic growth. Half of the pregnancies in Pakistan could be avoided by providing contraceptives to the population, he stressed.

The president said presently it was an era of abundance, “we can create electricity at much less cost without risking the deterioration of the environment by resorting to green energy production means like solar and wind. Technology is fast developing to curtain the carbon emissions.” He said around 148 million acre-feet of water came to Pakistan through the rain and snow system which was enough for the country’s needs, including for the production of all kinds of crops, provided the precious resource was reserved by reducing wastage, and efficient means of agriculture were used.

“This can be achieved by developing local and indigenous solutions and by learning from the best practices observed by developed countries like the Netherlands which is 19 times smaller than Pakistan but is the second biggest food exporter of the world,” he added. While highlighting the importance of commitment and determination, he said the international community joined hands to curtail the speed of ozone layer depletion promptly and effectively but still it took 30 to 35 years to achieve meaningful success. He lauded world cooperation during the COVID-19 pandemic.

Also, President Alvi on Tuesday stressed enhancing bilateral trade with China, which currently stood at $27.8 billion, and said the strengthening of businesses could prove mutual reward. Talking to the outgoing Chinese Ambassador Nong Rong here at the Aiwan-e-Sadr, the president said under the China Pakistan Economic Corridor (CPEC), 19 projects were completed, 28 were under construction, and 41 were in the pipeline.

President Alvi said CPEC was a transformational flagship project of the Belt and Road Initiative, which had the potential to act as the pivot of regional peace and connectivity. The expeditious completion of four broad clusters of cooperation – Gwadar Port and its auxiliary features, energy projects, transport infrastructure and industrial cooperation including the development of Special Economic Zones (SEZs) – would change trade, business and investment outlook of the country, he said.