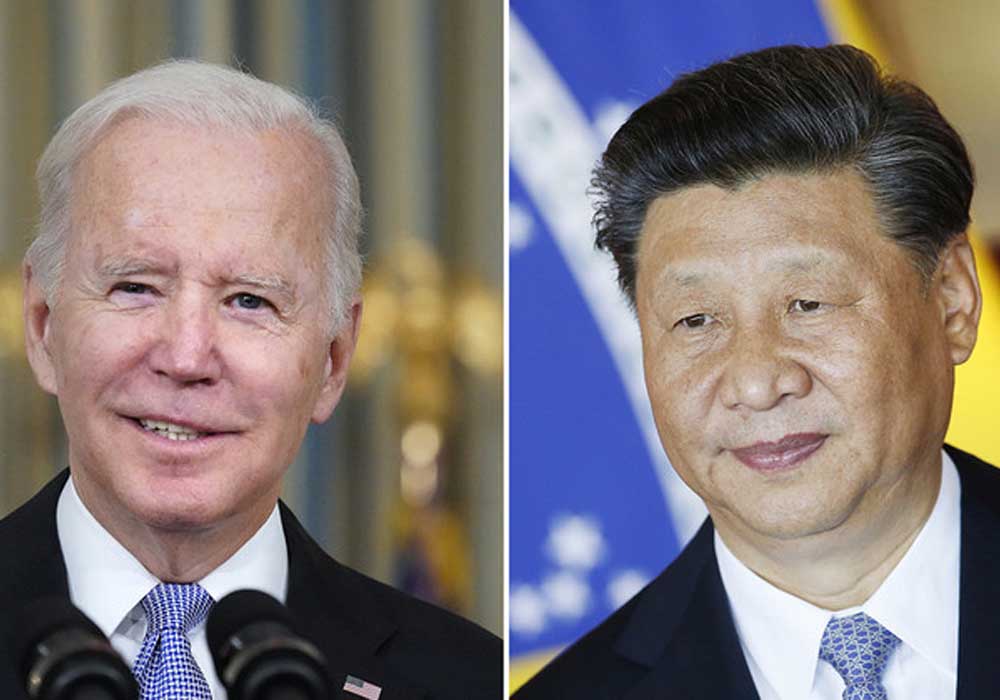 President Joe Biden and his Chinese counterpart Xi Jinping have decided to set a date for their first in-person summit, with the latter cautioning the United States not to “play with fire” in Taiwan.

The summit would be their first in-person encounter as leaders, despite the fact that this was their fifth phone or video chat since Biden took office a year and a half ago.

According to France24, The time and place have not been specified.

An unnamed US source told foreign media that Biden and Xi “discussed the value of meeting face-to-face and agreed to have their teams follow up to locate a mutually agreeable time to do so”.

The call, which lasted two hours and seventeen minutes, was characterized by both parties as a lively discussion on numerous disagreements between the two largest economies in the world.

According to China’s state-run Xinhua news agency, Xi spoke out strongly against US policy toward Taiwan, a democratic island – with strong connections to the US – that China views as a part of its territory.

In the most recent crisis, Nancy Pelosi, the speaker of the House of Representatives and a close supporter of Vice President Joe Biden, is planning a trip to the island, which has alarmed Chinese authorities.

Beijing views Pelosi’s travel as a significant provocation despite the fact that US leaders often visit Taiwan, which is only connected to the Chinese mainland by a small stretch of water. She is the second in line for the US presidency and is so eligible to use military transportation.

During the phone call, Xi was quoted as telling Biden that the “the position of the Chinese government and people on the Taiwan issue is consistent”.

He stated, “It is the firm will of the over 1.4 billion Chinese people to firmly safeguard China’s national sovereignty and territorial integrity.”

Biden reassured Xi in response that US policy, known as “strategic ambiguity”, was unchanged, essentially favoring the status quo in Taiwan, with Washington recognizing Chinese sovereignty but opposing any enforcement, allowing the Taiwanese to retain their distinct rule.

The White House claims that Biden’s main goal is to create “guardrails” for the two superpowers.

This is done in order to prevent open conflict between them despite their stark differences in democracy and their growing rivalry on the geopolitical stage.