Says over 97% of Punjab population satisfied with the facility 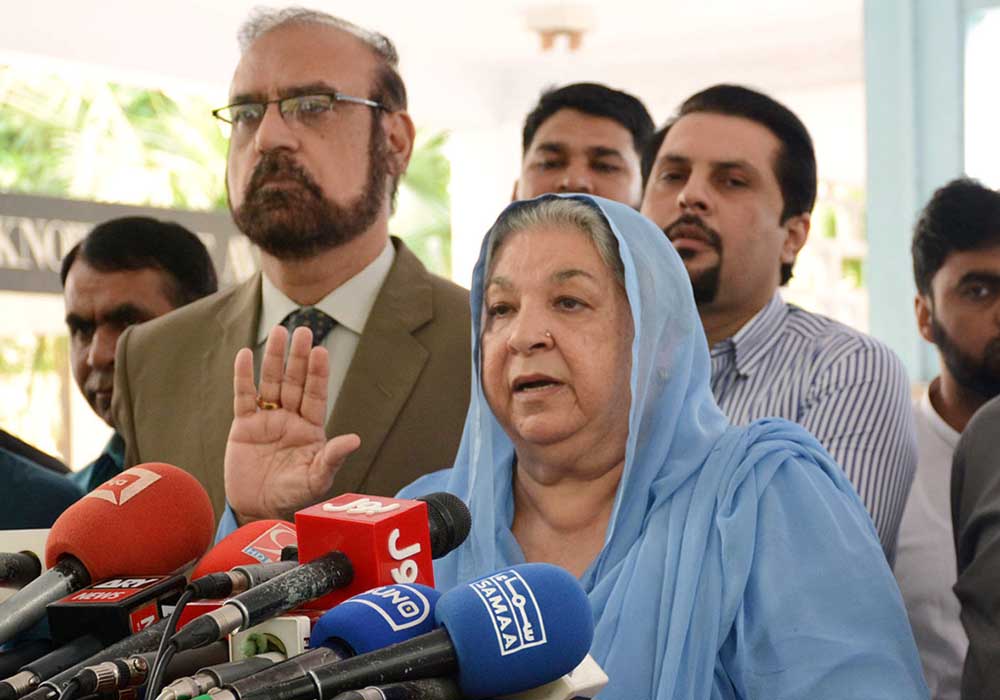 “We are providing free medical facilities worth billions of rupees to the people of Punjab through Sehat Sahulat Card,” Yasmin said while addressing a press conference at DGPR on Thursday. Additional DGPR Rubina Afzal and CEO Punjab Health Initiative Management Company Dr Ali Razzaq were present along with a large number of media representatives. Provincial Health Minister Dr. Yasmin Rashid further said on this occasion that Maryam Nawaz was instructing her uncle Shehbaz Sharif that Punjab sehat sahulat Card should be abolished.

Maryam Nawaz has dealt a blow to the people of Punjab with the audio leak of ending the health facility. Getting free treatment facility through the Sehat Sahulat Card is the basic right of every citizen. It is the basic responsibility of the state to provide basic rights to the people. Imran Khan was the first to provide facilities to the people during his tenure. In November 2015, Imran Khan started a health card for the first time in Khyber Pakhtunkhwa. Looking at the same project, Nawaz Sharif started Sehat Card of three and a half lakhs in Punjab.

Nawaz Sharif’s project did not go well. After the success of health card in Khyber Pakhtunkhwa, we started the same project for the people of Punjab in 2019. First, in February 2020, we had announced to provide Sehat Sahulat cards to all the families of Punjab. Imran Khan said at that time that we will provide free treatment facilities to the people of Punjab. We are giving a premium of one hundred and thirty billion rupees annually for the purpose of facilitating the people. Imran Khan said that this is a work for the collective improvement of the people.

Before June 2021, all the families of seven districts of DG Khan and Sahiwal divisions were provided universal health coverage. By March 31, 2022, more than 31 million families of Punjab will be provided universal health coverage. Your identity card has become your health card. The head of every family is eligible to use this Sehat Sahulat card. Maryam Nawaz Bibi ever thought that we can provide treatment to the people of Punjab through this Sehat Sahulat card. So far 22 lakh 71 thousand people of Punjab have got free treatment facility through health card. 4 lakh 90 thousand people in Punjab have got free facility of dialysis through health card.

During the last one year, one and a half million people have undergone free eye surgery through Sehat sahulat card. So far, 1 lakh 83 thousand women have had cesarean operation through this card, while around 50 thousand women have had cesarean surgery.  Free operation of normal delivery has been done. In view of the increasing population in Punjab, it is very important to build new big public hospitals. So far 51,000 people in Punjab have got the facility of free coronary angiography through health facility card and most of the people got coronary angiography from private hospitals. Now we have also provided the facility of cyberknife treatment to the people of Punjab through health card. In this regard, our MOU with Ghurki Hospital Lahore has been signed.

In less than a month, there have been sessions for ten cancer patients at Ghurki Hospital Lahore. Cyberknife is the most advanced cancer treatment technology in the world, which is being provided to cancer patients in Punjab. Maryam Bibi has advised to close the project which is recognized in the world. The German ambassador appreciated the plan of Sehat Sahulat card during the meeting. A backup plan for Sehat Sahulat card is also running.  If treatment worth Rs.10 lakh is done with the card, the period of money is extended under Sania Nishtar’s sehat tahafuz program.