Zahir Jaffer dragged out of court for using obscene language

Jaffer is on trial for allegedly torturing, killing, beheading Noor Muqaddam in July this year 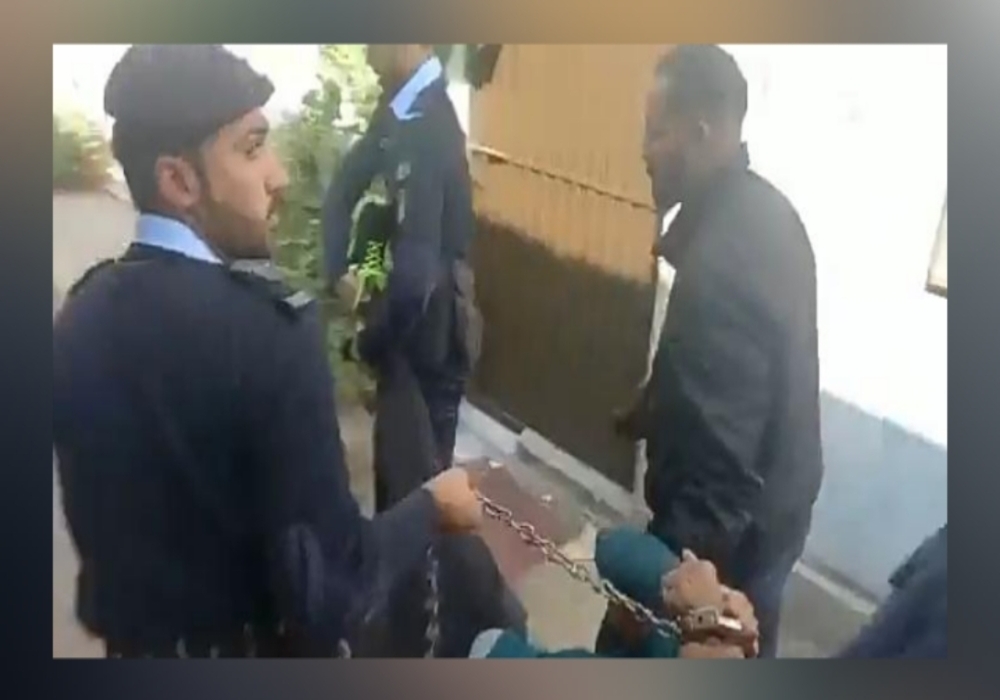 The accused in the Noor Muqaddam murder case, Zahir Jaffer, was dragged out of court in chains by officials after he used vulgar language in the courtroom.

Journalist Waseem Abbasi posted a video of Jaffer resisting as four officers carried him out by the limbs. Abbasi claimed that Jaffer used ‘vulgar words’ in court and said that he had ‘never seen so many incompetent people’ before. Following the verbal disrespect, the honorable court asked that Jaffer be taken out of the premises.

According to a local news outlet, Jaffer also called the proceedings against him fake and said that he was giving the court a chance to give him the death sentence, which they refused to take. Addressing the room, he furthered that the case was being dragged on needlessly, which proved that they were all ‘puppets’ in the room.

Jaffer continued to use obscene language on and off while Justice Ata Rabani heard witness testimonies in the case. Eventually the honourable judge told the police to take Jaffer out of the court room.

Jaffer has been on trial in a high-profile murder case in which he allegedly tortured, killed and beheaded 27-year-old Noor Muqaddam in Islamabad in July.