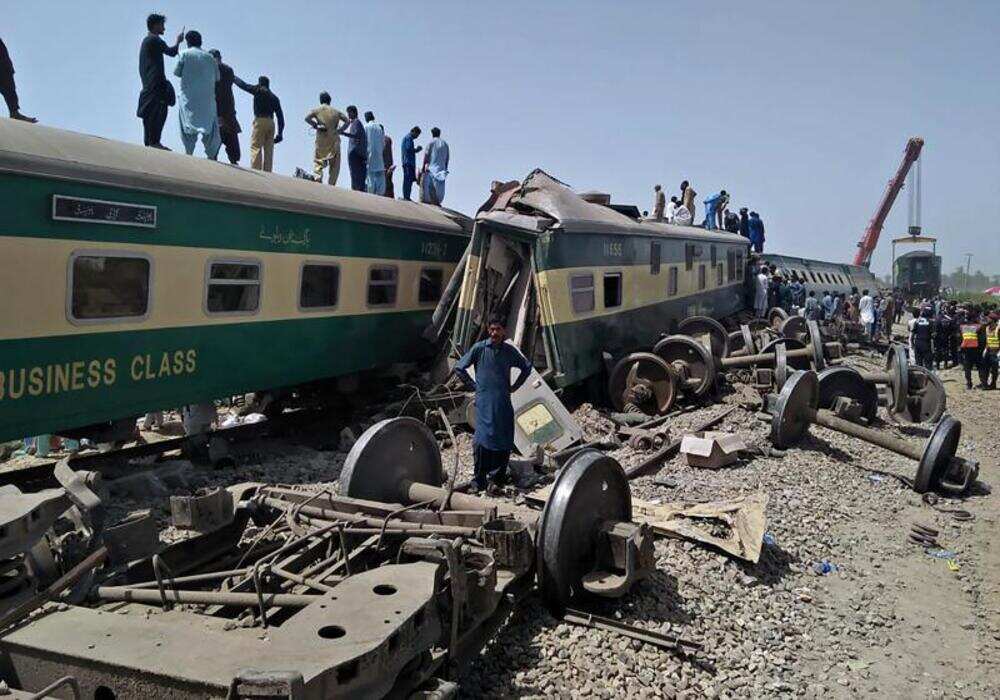 Three students have died in an unfortunate accident in which a train crashed into a school van near Sheikhupura on Tuesday.

The bus driver tried to cross the railway line in a rush and fled from the scene after the accident.

The train was going to Jaranwala from Lahore and the accident happened near the Bahrianwala area.

Rescue 1122, district administration, and police rushed to the spot and shifted all the injured students to the nearest hospital. The condition of three female students was said to be critical and they were under observation in District Headquarters (DHQ) Hospital Sheikhupura.

Families of the students also reached the spot. According to railway officials, the accident happened due to the driver’s negligence and a case has been registered against him.

The train service on the route was recently restored after almost two years and there was no railway crossing at the site.