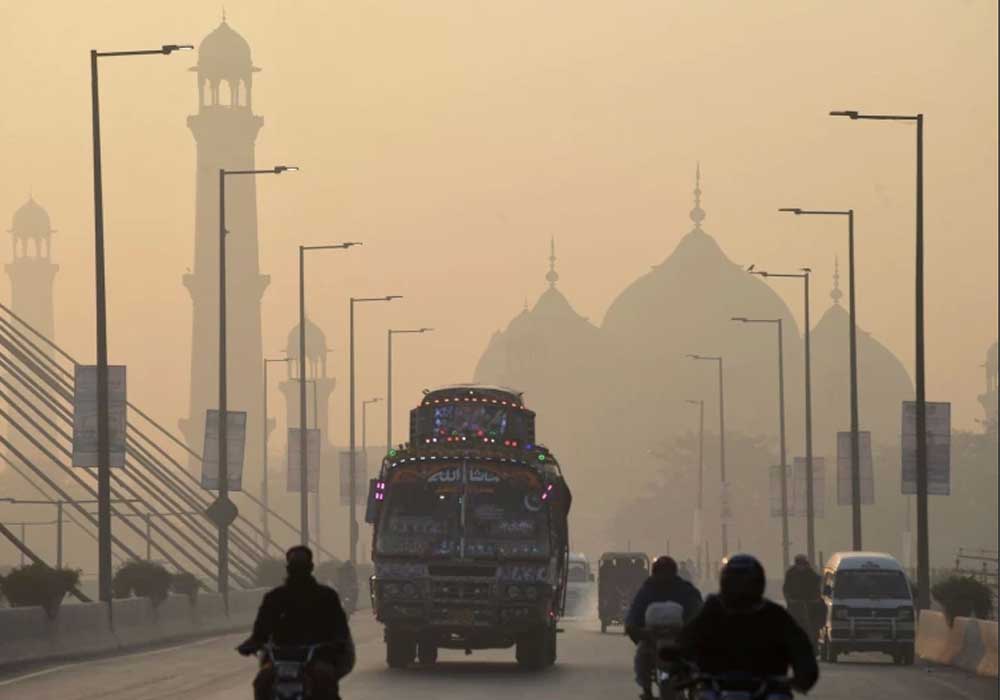 The Punjab government on Thursday claimed that 6.5 million vehicles in the provincial capital are a major source of air pollution with a 42 percent share in smog.

This was stated by the Punjab Environment Protection Department (EPD) secretary Usman Ali Khan during a meeting at Lahore Chamber of Commerce & Industries (LCCI) where he also admitted that Lahore has a high level of smog. He cleared that there was no ban on vehicles carrying construction materials to enter the city. Khan said that the factories contribute 20 to 30 percent, 6.5 million vehicles in Lahore were responsible for 42 percent share in smog while kilns and dust were also major causes of smog.

“A large number of factories were found operating without emission control systems which were closed down during the anti-smog actions of departments,” he said, adding that they never wanted to close the factories but only those factories were closed which were causing more pollution. “The genuine businessmen should not support those elements that are responsible for environmental pollution. If any factory with emission control was sealed then a complaint should be forwarded to EPD for relief,” he said and added that the genuine industrialists are well aware of the environment related standards and ensure their implementation.

Secretary demanded the industrialists not to support the elements that are using carbon, rubber, tyres and other prohibited fuels. “Action is being taken against those factories where scrubbers are not installed. The factories, which have scrubbers but are not working properly, are only being given notices,” he clarified. He said that the Punjab government is going to unroll the Smog Policy 2022 soon. “There is a need to introduce cheap technology for the industries to control the pollution and also to create awareness among the general public regarding pollution.”

Khan informed that the innovation is being promoted to control the pollution and for the first time, the department took real-time images from the SPARCO, converted into word format and mails to the concerned Deputy Commissioner who is responsible to report on pollution in Lahore High Court. “There is no ban on the entry of trolleys, trucks and loaders carrying construction material and other goods in Lahore”, he said and added that the teams have been deployed at Babu Sabu, Sagian and Thokar Niaz Baig entry points to get fees from the smoke-emitting vehicles and give seven-day time for vehicles fitness certificate. He said that the department is going to arrange a seminar soon to create awareness.

LCCI President Kashif Anwar said that due to lack of awareness of environmental laws, if there was any violation then it should not be considered as a crime. He said that in the present era, such technologies have been introduced that minimally affect industrial production. “The government and environment department should spread awareness and help industry in getting these technologies,” he demanded. Anwar said that the Lahore Chamber was providing awareness to its members about environmental protection through seminars. He said that the Lahore Chamber is an active member of the Smog Commission and Green Program and is fulfilling its responsibilities in a winsome manner.

Expressing his concerns, Anwar said that the contribution of industry in smog was very small and the major contributors were smoke-emitting vehicles, burning of crops, burning of garbage and burning of old tyres, plastics etc for heating. He said that we support the government initiatives to control the smog but no industrial unit should be closed on slightest observation. “Scrubbers have been installed in many factories, but if smoke is released for a short time due to power outages or technical problems, the inspectors of the Environmental Protection Agency insist on sealing the factory, which is unjustified,” Anwar added.