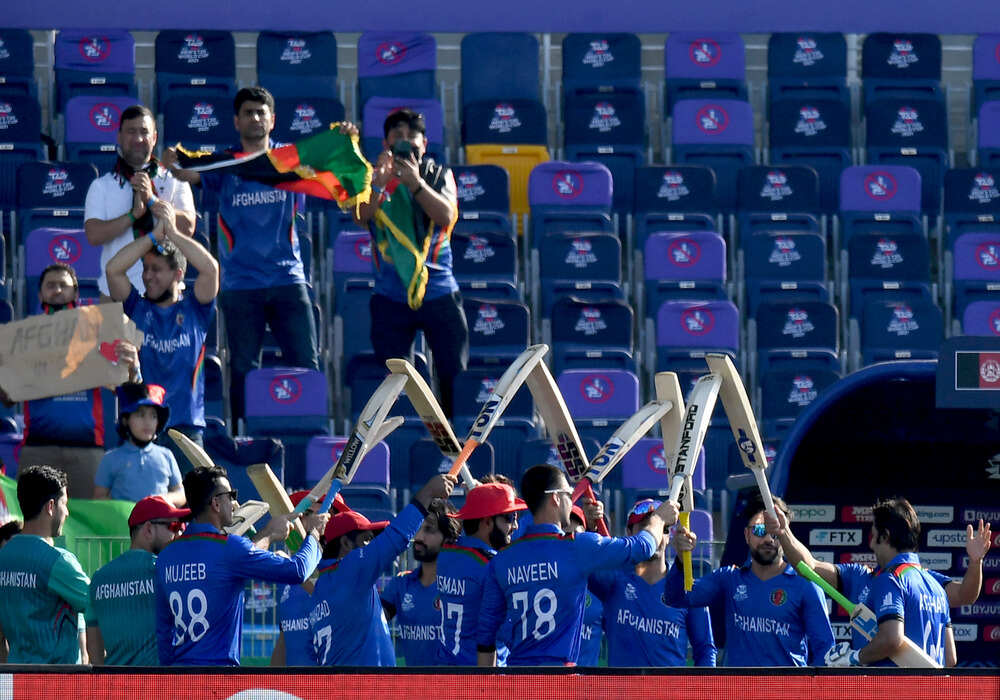 Afghanistan gained their second victory of the T20 World Cup group stage on Sunday as they thrashed Namibia by 62 runs in Abu Dhabi.

Afghanistan batted first and made 160-5 with former captain Asghar Afghan bidding farewell with 31. They then held Namibia to 98-9 as seamers Hamid Hassan, making his first T20 international appearance in five years, and Naveen-ul-Haq both took three wickets.

Naveen was named player of the match but presented his award to Asghar, the former captain who had announced on the eve of the game that he would retire after it. After current skipper, Mohammad Nabi won the toss and chose to bat, Mohammad Shahzad gave Afghanistan a fast start. The opener hit 45 off 33 balls with two sixes. After he holed out at deep square leg off JJ Smit, opening partner Hazratullah Zazai accelerated, smashing a pair of sixes in his 33.

But 20-year-old leg spinner Jan Nicol Loftie-Eaton dismissed Rahmanullah Gurbaz and Najibullah Zadran cheaply to briefly slow batting momentum. Play briefly halted when Asghar came in to bat and Namibia greeted him by lining up and applauding. Asghar hit a brisk 31 off 23 balls with three fours and a six.

After Ruben Trumpelmann dismissed the 33-year-old with the last ball of the 19th over, there was another pause as Namibian players ran across the field to shake hands as he walked off. Captain Nabi bashed an unbeaten 32 off 17 balls with one six and five fours, the last off the final ball to take his team to 160.

Naveen paid tribute to the departing Asghar after a win that kept Afghanistan in the hunt for a semi-final spot. “He was the best captain Afghanistan has produced,” he said. “I want to dedicate this man of the match in his last match.”