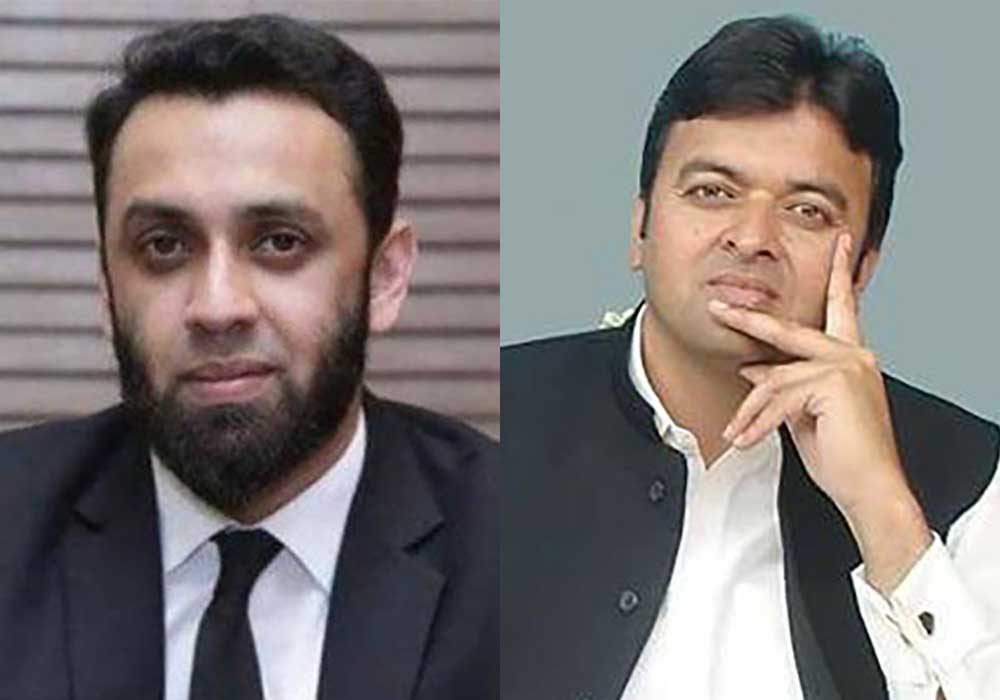 A sessions court on Friday granted interim bails until September 14 to Prime Minister’s aide Attaullah Tarar in a case related to violence and hooliganism in Punjab Assembly on election day of the Punjab Chief Minister.

Additional District and Sessions Judge Yasin Mohil passed the orders on the bail petition of Ata Tarar and directed him to deposit Rs50,000 as a surety bond.

As the hearing commenced, Attaullah Tarar, Special Assistant to the Prime Minister, appeared before the court while Advocate Farhad Ali Shah and Advocate Rana Asadullah Khan represented him in the case.

“You are facing allegations Mr. Tarar?,” remarked the judge while addressing the PML-N leader who responded, “Yes, I have been accused of attacking the deputy speaker despite that I was not there in the Punjab Assembly on that day,”.

The PM’s aide said that this case was nothing but a politically motivated one.

“Why do you do such things while sitting in the legislative institutions?” the judge asked Tarar. He responded that it should not have happened but he was accused of tearing the uniform of an official of the assembly and attacking someone.

“I wasn’t involved in this case. I was not present even that day,” added Tarar.

The PM’s aide revealed that MPA Rana Shehbaz told him that his signs were taken on a blank ballot paper and he was nominated in the case in a supplementary statement.

“It was August 19 when I was nominated in the FIR,” he told the court.

Advocate Rana Asadullah Khan informed the court that all the MPAs of PTI who were involved in the case were given a clean chit.

“To exert political pressure, this case was made against his client,” said the lawyer, pointing out that it was nothing but political victimisation.

He asked the court to grant him bail in the case.

Meanwhile, the court granted bail to another PML-N MPA Rana Mannan in the same case of violence on the floor of the provincial assembly.  The court directed the PML-N lawmaker to deposit Rs50,000 as a surety bond.

Additional District and Sessions Judge Yasin Mohl heard the case and sought a record of the case from the police.

In his plea, Rana Mannan said that Qila Gujjar Singh police booked him over charges of violence in the provincial assembly. Advocate Hamza Arshad represented the lawmaker and said that his client was booked in a bogus case. He said it was their apprehension that the police would arrest Rana Mannan. He asked the court to allow him bail.

Later, talking to the reporters, Special Assistant to Prime Minister Attaullah Tarar criticised Punjab Chief Minister Chaudhry Parvez Elahi and his son Chaudhry Moonis Elahi for visiting the place where the PTI would hold its next ‘public gathering’.

“This is very awful that the major parts of the country have been inundated into flood waters and Punjab CM Elahi and his son are visiting the venue set for PTI’s next public gathering,” said Tarar, regretting that it was not time to visit places for public gatherings and rallies.

“It is not time for politics,” said the PM’s aide, adding that the Punjab CM should have visited the flood-affected areas.

“Punjab being the country’s largest province should have been at the forefront with all other provinces in these difficult times,” he added.

Talking about Punjab Home Minister Hashim Dogar’s offer for coffee, Tarar said that it was not time to enjoy coffee. He stated they had good ties with the PML-Q and Hamza Shehbaz had returned from London, indicating that “the political activities will get momentum”.