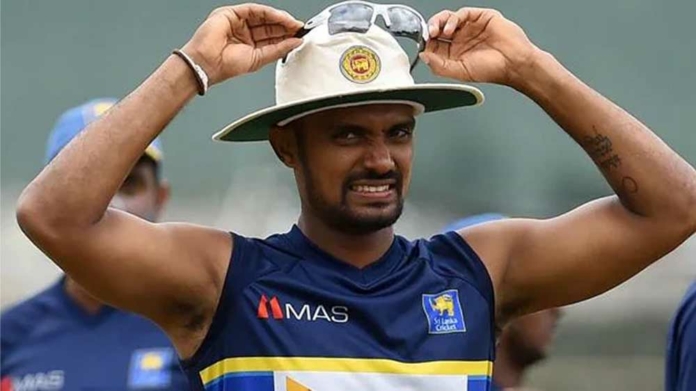 Sri Lankan cricketer Danushka Gunathilaka was detained in his Sydney hotel and has been charged with sexually assaulting a lady.

On Sunday, after learning that a 29-year-old woman had been sexually assaulted earlier in the week at a Rose Bay residence in Sydney’s eastern suburbs, police said detectives launched an inquiry on Saturday.

They claimed that after speaking with Gunathilaka on a dating app for several days before the assault on Wednesday, the woman met him while he was in Sydney for the Twenty20 World Cup.

According to New South Wales police, the 31-year-old player was accused of four charges of having sex against her will. He was denied bail to appear through a video link at Parramatta Bail Court and is scheduled to appear in court on Monday.

State Police Sex Crimes Squad Commander Jayne Doherty said that the woman took precautions to ensure her safety, including talking with the man for several days before meeting and going on a date in a public location.

Gunathilaka arrived in Australia with Sri Lanka’s T20 World Cup squad, but he only got to play in the team’s first match, a defeat to Namibia in the preliminary round, before suffering a hamstring rupture and was forced to pull out from the tournament.

Sri Lanka Cricket said in a statement on Sunday that it had been informed of the allegations and would closely follow the court proceedings.