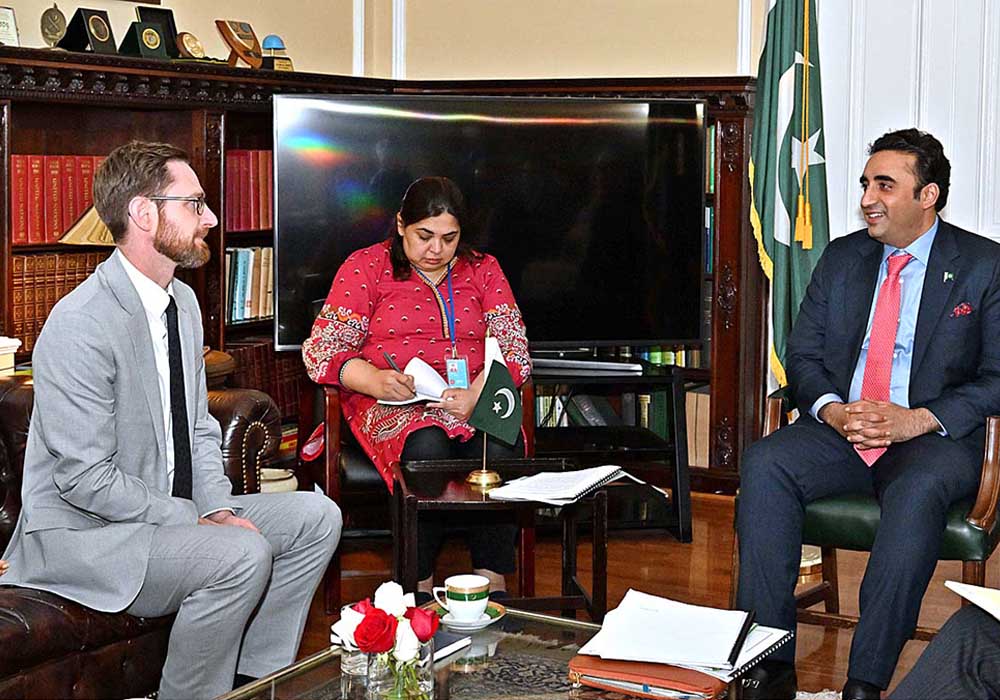 Foreign Minister Bilawal Bhutto Zardari has stressed on the significance of continuing international engagement with the interim Afghan government for lasting peace and stability in Afghanistan and beyond.

He also stressed that “a peaceful, stable, prosperous Afghanistan is a priority for Pakistan”. He was talking to US Special Representative for Afghanistan Thomas West who called on him here on Monday, according to a press release issued by the Ministry of Foreign Affairs on Tuesday. The foreign minister highlighted Pakistan’s facilitative efforts in building regional consensus on the way forward in Afghanistan, including through the Extended Troika mechanism.

He also highlighted various steps taken by Pakistan to support bilateral engagements with Afghanistan, as well as extensive facilitation of international humanitarian assistance. Referring to humanitarian prospects in Afghanistan, which the United Nations and international agencies warn, will deteriorate further in impending winters, the foreign minister stressed that such a scenario could result in mass refugee exodus and provide fertile ground for exploitation by terrorists/extremists, with regional and international implications.

Thomas West appreciated Pakistan’s efforts for peace and stability in Afghanistan, and in facilitation of evacuations. The two sides acknowledged the need for continued cooperation on the shared objectives of sustained efforts and engagement of the international community to alleviate the sufferings of the Afghan people and promote regional peace and stability.

Also, Foreign Minister Bilawal and his Norwegian counterpart, Anniken Huitfeldt, Tuesday underlined the importance of early conclusion of Free Trade Agreement (FTA) between Pakistan and the European Free Trade Association (EFTA). The two Foreign Ministers, who met here on the sidelines of the 77th Session of the UN General Assembly, reviewed the state of bilateral relations and agreed to continue joint efforts to further strengthen and diversify cooperation particularly in trade, investment, development and other areas.

Noting the presence of prominent Norwegian companies in Pakistan, the Foreign Minister hoped that more companies would benefit from the government’s attractive investment policy. Both ministers appreciated the positive contribution of Pakistani diaspora in Norway. The Foreign Minister also underlined the importance of enhancing legal migration opportunities for Pakistanis.

On Afghanistan, the Foreign Minister reiterated Pakistan’s firm support for sustainable peace and stability in Afghanistan and underlined the need for continued engagement of the international community with the Afghan interim authorities to help address the challenges confronting the Afghan people. 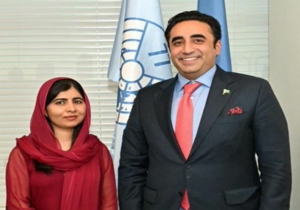 Foreign Minister Bilawal Bhutto Zardari has proposed the creation of a separate loss and damage financing window by the international financial institutions, including development of a standing debt restructuring modality by the IMF for generating an immediate response to climate-induced natural disasters in the developing countries. He highlighted the proposal put forward by Pakistan, as Chair of the G77 and China, to include discussions of Loss and Damage finance as an Agenda item at the upcoming UN Climate Change Conference (COP27), and expressed hope that a decision would be reached for a financial mechanism to compensate developing countries for “loss and damage”.

The Foreign Minister was chairing a High-Level Event on ‘Loss & Damage: New and Additional Financing’ organized by Pakistan here on the sidelines of the 77th UN General Assembly session on 19 September 2022, a press release issued by the Ministry of Foreign Affairs on Tuesday said. The event was attended by Minister of Foreign Affairs of Egypt, Sameh Shoukry (COP-27 Presidency), all major blocs in the climate change negotiations, as well as representative of the Green Climate Fund.

Also, Foreign Minister Bilawal Tuesday met Nobel Peace Prize laureate Malala Yousafzai at the United Nations (UN) to discuss challenges to education after the devastation due to Pakistan’s catastrophic floods. In a brief statement on Twitter, the foreign minister said that they discussed Pakistan’s floods and challenges posed by the climate catastrophe to education for millions of young children affected. Both also exchanged views on women’s rights and girls’ education, the foreign minister’s tweet mentioned.