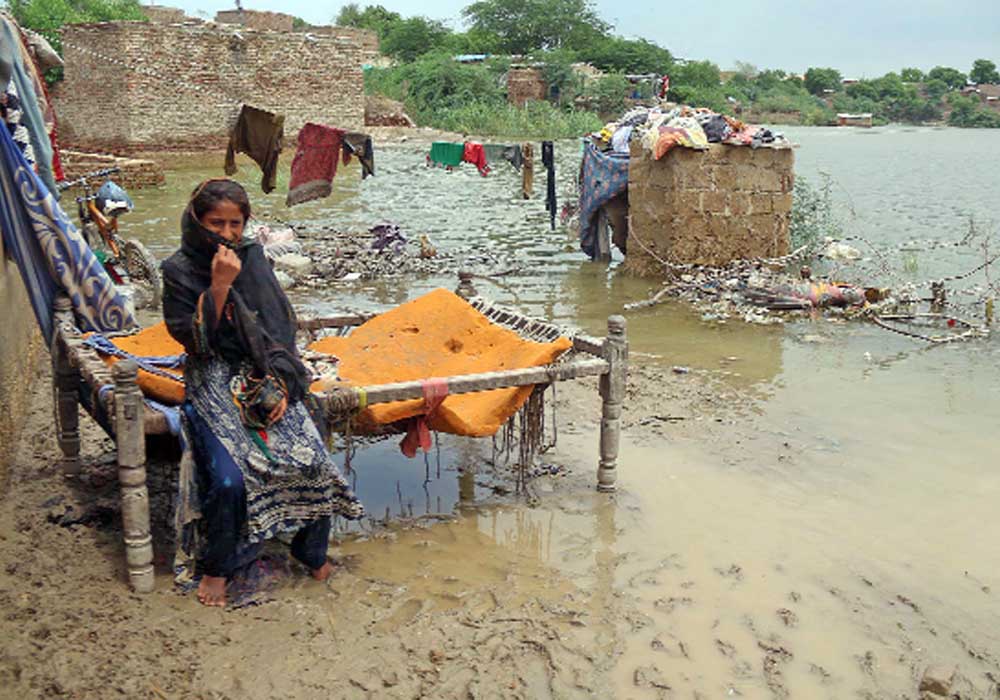 British Members of Parliament (MPs) have called upon the UK government to take a lead in coordinating and convening international counterparts to provide a proportionate response to the catastrophe of the Pakistani flood.

In this regard, a number of MPs have been writing to the British prime minister and foreign secretary, urging urgent international help.

Afzal Khan, an MP for Manchester Gorton, in his letter to Foreign Secretary Liz Truss said that 33 million people had been displaced and thousands dead due to the floods across Pakistan, so urgent help and aid were needed. He said the British Pakistani community members were rightfully concerned and “I am deeply moved by their incredible generosity”. “But their contributions alone are not enough. It is the responsibility of the UK government to help. I urge you to take immediate and meaningful action which addresses the loss of infrastructure and provides help to those directly affected by these formidable events,” Afazl Khan added.

An MP for Bolton South East, Yasmin Qurashi, in her letter to PM Boris Johnson said that all four provinces had been victims, 33 million people impacted, and over 1,000 were dead. “Reports have shown horrifying images of an ocean of water submerging entire districts, a third of the country – an area approximately the size of the UK – could be underwater,” Qurashi said.

She said the UK government had offered £15 million to support the victims’ needs, considering the gravity of the challenges faced by Pakistan, a country that had already been struggling with a dire economic crisis. “I urge you to grasp the extent of devastation and lead efforts in supporting Pakistan by urgently increasing the financial assistance,” her letter concluded.

Preet Kaur Gill, an MP for Birmingham Edgbaston, said that she was concerned that the UK’s pledged financial assistance would fail to address the scale of the devastation faced by Pakistan and its people. “The UK has appealed for $160m, so the UK’s contribution to date is barely 1% of the total required to meet urgent humanitarian needs. As a close friend of the people of Pakistan and with so many people across our country having close ties of family and friends to the country, it is essential that the UK plays its part and steps up to meet the scale of this challenge,” Preet Gill’s letter urges to the UK’s foreign secretary.

She urged the UK government to convince its international counterparts to coordinate and scale up a response to this crisis. “The speed with which the humanitarian situation is evolving demands an equally swift response,” Gill stressed.

Her letter states that despite contributing less than 1% to global emissions, Pakistan is one of the most vulnerable countries on earth to climate change-related weather extremes. “Pakistan has over 7,000 glaciers, more than anywhere else on earth outside the poles. Yet, rising global temperatures linked to climate change are causing these to rapidly melt, compounding the impact of heavy rains and rising further landslides and floods. Once these glaciers melt, the devastation they could unleash would be irreversible,” Gill feared.

Nadia Whittome, an MP for Nottingham East, said that a third of Pakistan is now under water, affecting 33 million people and causing damages costing at least £8.5 billion. “The £15m offered by the UK is nowhere near enough. I urge the government to step up and provide proper support now.”

Angela Rayner, an MP for Ashton under Lyne, said that a third of the country was under water and thousands were feared dead, as homes, crops and bridges had been washed away. “The international community must provide Pakistan with urgent relief and accelerate action against the climate crisis.”