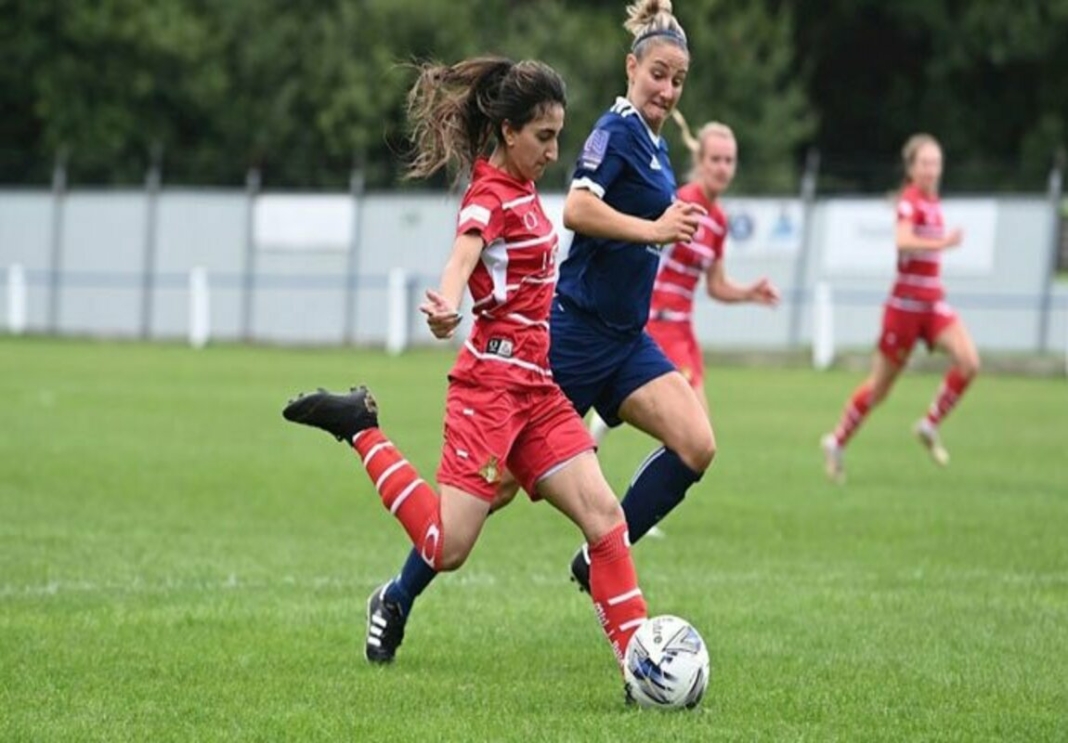 The British-Pakistani football player Nadia Khan has been chosen for the Pakistani women’s team to compete in the SAFF Women’s Cup.

According to media reports, Nadia Khan said that she is honoured to represent Pakistan and is looking forward to playing with her colleagues. Nadia represents Doncaster Rovers Belles and is based in Leeds, United Kingdom.

Nadia Khan started playing football at the Leeds United regional talent centre, and Doncaster Rovers recruited her in 2017 when she joined the development squad.

She moved to the inaugural squad for the FA Women’s Northern Premier Division in 2018, where she joined her teammates.

While talking to local media, Nadia said, “My family and I are so proud for me to represent Pakistan in the upcoming tournament and I’m so excited and can’t wait to be with my teammates and have a great time. It’s a whole different experience. I can’t wait to be over there playing and representing Pakistan.”

She claimed she fell in love with football at the age of 11 by watching Neymar and Ronaldo. It drew her to want to play the game herself.

She also emphasized how her Pakistani family supported her throughout her football career.

She was included in the 23-person Pakistan Football Federation squad for the SAFF championship, which begins on September 6 in Nepal.

The 21-year-old midfielder will soon take a flight to Kathmandu to join the team under Maria Khan for her first international match wearing the national team’s colours.