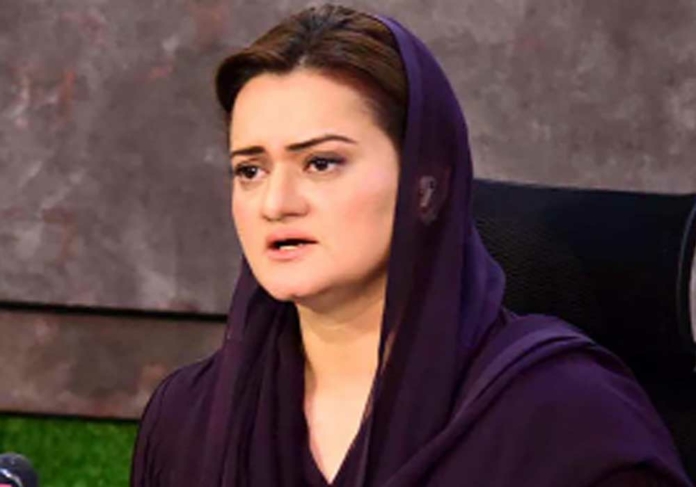 “Those who have turned educational institutions into an arena for spreading anarchy should be ashamed of themselves,” she said in a statement.

Her comments came in the backdrop of a fiery speech made by Imran Khan at the Sargodha University on Thursday. The PTI chief had already visited different universities to address students – a move which drew widespread criticism from different segments of the society.

The minister said Imran Khan had nothing to do with “right and wrong” as he wanted the people to stand by him for “protecting corruption of his wife Bushra Bibi and her friend Farah Gogi”. His speech at the Sargodha University was another attempt to save the two from going to jail, she added.

Imran Khan, she said, was in fact a “foreign-funded agent”, who had pushed the country into an economic quagmire by pursuing wrong policies during his four-year government tenure.

She said a country is destroyed when an incompetent, thief, liar and foreign-funded fitna is imposed on it. “Same was the case with Pakistan, which received a severe blow under the rule of Imran Khan. “When he was ousted from the Prime Minister’s Office the economy was in tailspin,” Marriyum maintained.

The minister said Imran Khan’s accountability drive was nothing but a drama as he had rendered people jobless during his tenure, which was marred by “corruption and incompetency”.

She lashed out at Imran Khan for “spending charitable donations to achieve political and personal gains”. She termed Imran Khan a “certified predator for journalism” and asked him to abstain from lecturing others on the freedom of expression.

The PTI chairman, she said, did all in his tenure to victimize his political opponents, but could not prove a single allegation of corruption against them. He would have to answer as to why he had kept his opponents in jails without any proof of wrongdoings, if any, she added.\ The minister said Imran Khan was delivering a lecture at the Sargodha University, but it was an irony that his party’s government in Khyber Pakhtunkhwa had taken loans of Rs 651 billion, but it had no funds to release salaries of teachers.  The ten-year PTI’s rule in KP, she added, was marked by inflation, poverty and massive borrowing. “The country’s debt rose to Rs 45,000 billion as the Imran-led government had borrowed Rs 25,000 billion during its first three years,” she remarked.

Marriyum said Imran Khan inaugurated uplift projects, which were launched by Nawaz Sharif and Shehbaz Sharif. She said the people could no more be hoodwinked by Imran Khan to regain power as he had sold national interests for his personal gains.