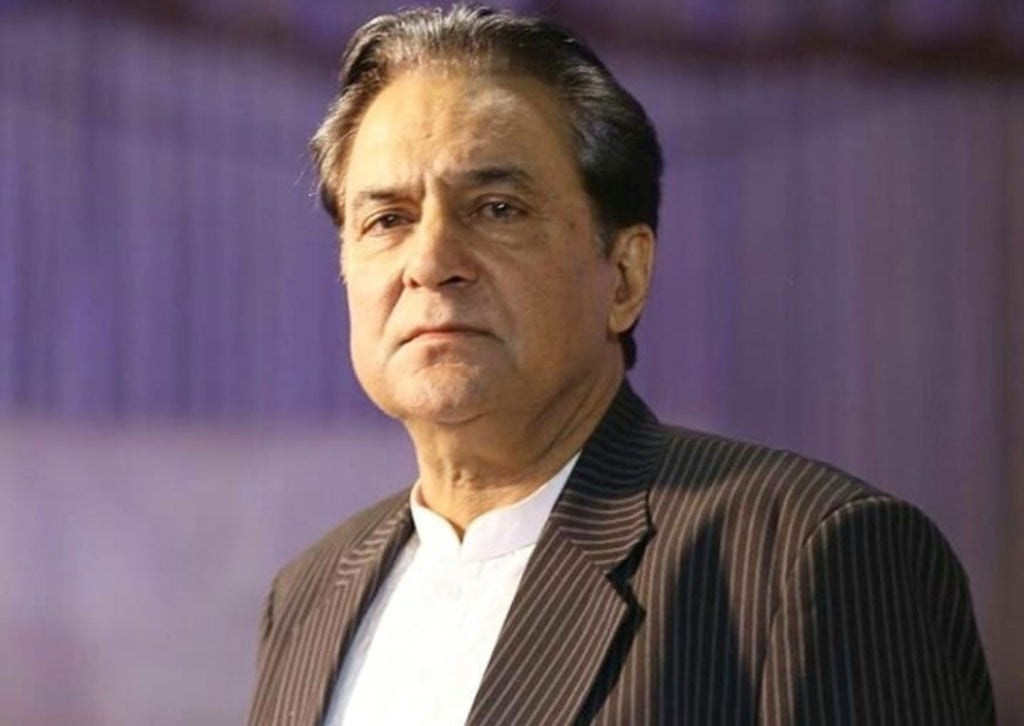 The government has announced Rs. 10 million grants for legendary actor Firdous Jamal, who was recently diagnosed with cancer.

Adviser to Prime Minister Amir Muqam presented the financial aid check to Firdous’ son, Hamza Firdous. The actor thanked the government and said, “I appreciate Shehbaz Sharif’s assistance and the fact that the administration paid attention to the artists. We are the wealth of this country.”

The fraternity also expressed gratitude to the government for acting quickly. His older son already confirmed the diagnosis of Firdous in a social media post. He said the Mehboob actor would shortly begin treatment.

Hamza posted a photo of himself and his father on Instagram to inform them of the bad news on Sunday. He wrote, “My father is receiving cancer recovery treatment at Shaukat Khanum Hospital.”

Midway through the 1970s, Firdous made his acting debut in the Hindko drama Badnami Dey Toway. Since then, he has performed in hundreds of television, stage, and radio productions.

Firdous was given the Pride of Performance award by the President of Pakistan in 1986 for his noteworthy achievements in showbiz.