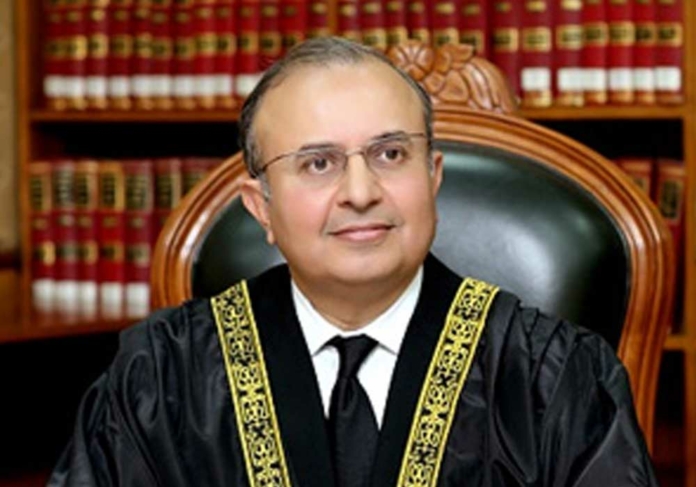 Supreme Court judge Justice Syed Mansoor Ali Shah has said that former prime minister Imran Khan had the opportunity to voice his opposition to the National Accountability Bureau (NAB) law changes if he had remained in the National Assembly.

On Wednesday, a three-member bench of the Supreme Court commenced hearing the PTI chairman’s petition challenging the most recent changes made to the National Accountability Ordinance (NAO) 1999.

The judge made this observation while questioning Imran Khan’s choice to disengage from the National Assembly.

Imran Khan, through his attorney Khawaja Haris, had submitted a request under Rule 6 of SC Rules 180 for the inclusion of documents in the petition that was contesting the 1999 modifications to the NAB Ordinance.

The comment by the judge was made in response to Imran Khan’s attorney, who said that elected officials may only petition the courts if the necessary job had not been done in their individual constituencies.

NAB told the court at the beginning of the hearing that it had decided to take the attorney general’s position on the matter.

According to Imran’s attorney, the accountability laws have been in effect since 1949.

Justice Shah said, “Your petitioner has brought the NAB modifications before the court, but he could have trusted the parliament and stayed in it.”

Haris responded by saying that the government passes laws based on its majority.

Harris also discussed the “major” changes to the legislation governing plea bargains in making his arguments.

Haris said, after being cleared, the accused may ask for their money back from the plea deal.

CJ Bandial noted that the state would have to pay billions of rupees if this were the case.

The hearing was later postponed until October 6, 12:30pm by the court. Daily hearings on Imran Khan’s appeal are being held in the top court.