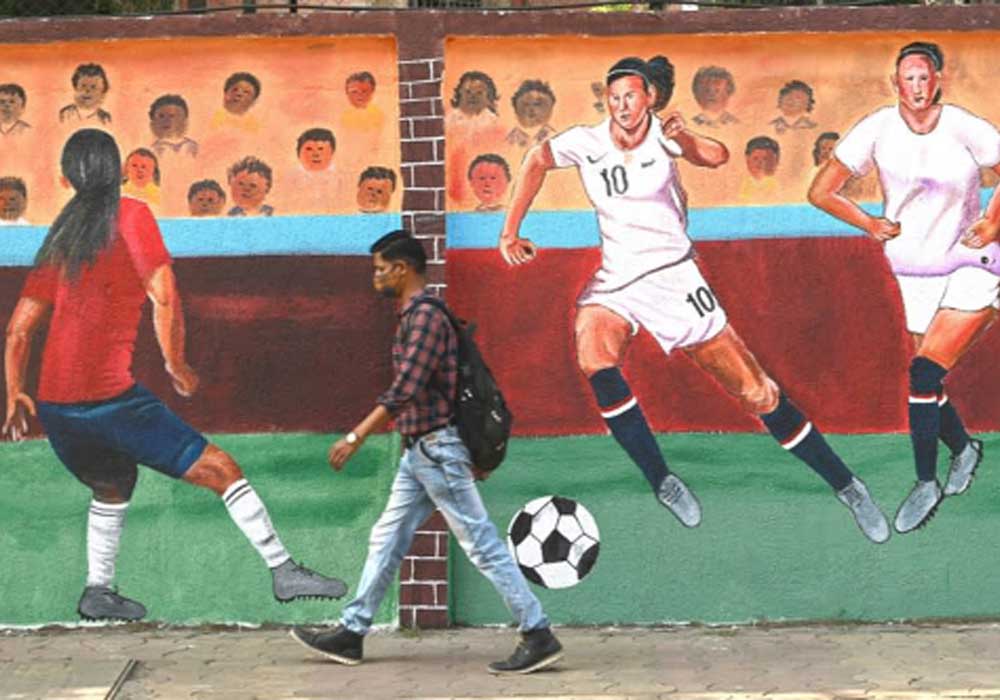 India’s women footballers are in despair and uncertain about the future after a FIFA ban saw the country stripped of a major international tournament and left its best team in limbo. The sport’s world governing body this week suspended the national federation “due to undue influence from third parties” — member associations must be free from legal and political interference.

The All India Football Federation (AIFF) has been plagued by governance issues.

The indefinite suspension had an immediate impact on Indian football, men and women, from professional down to grassroots. The under-17 Women’s World Cup, set to begin in India on October 11, will not currently take place as planned. It was supposed to be a first FIFA tournament in the country since 2017.

They only learned about the FIFA suspension when their flight landed in Tashkent and have been barred from competing. “We have put in so much hard work for the last two months and all the players were preparing to win the AFC trophy as well,” club captain Ashalati Devi, also skipper of the national women’s team, told India News.

“It remains our dream to lift the title,” said Devi, describing the team as “distressed by all this”. Gokulam put out a statement lamenting that it had been stopped from playing through “no fault of ours”. “Our women’s team is the pride and jewel for all (of) us and these players have proved themselves to be the best in India,” it said. Lavanya Verma, who was short-listed for the U17 World Cup squad, pointed the finger at the AIFF.

“The main reason for the ban is due to poor governance, but us innocent players have to suffer,” the 17-year-old said.

“It is sad to see that the players are working so hard and this is what they get.

“I still hope the World Cup happens in India, but if it doesn’t, it will be a huge blow to everybody.”

‘A lot needs to be done’

India’s women footballers have defied scant investment to make inroads, but they have gained only muted recognition in a country better known for its frenzied obsession with cricket.

The national team are ranked 58th in the women’s global rankings — the men are 104th — and Gokulam last year became the first Indian women’s team to qualify for the an AFC club competition. National referee Rachana Kamani said the FIFA suspension would throw the sport’s bright future in the country into jeopardy and make it less appealing for budding talent.

“In the last few years we have seen a rise in women’s football, but the rise could come only if we see top football being played on a constant basis,” the 23-year-old told AFP. “With the ban, the activities might reduce and the willingness to play in women might reduce because they will not see a future in the game.”