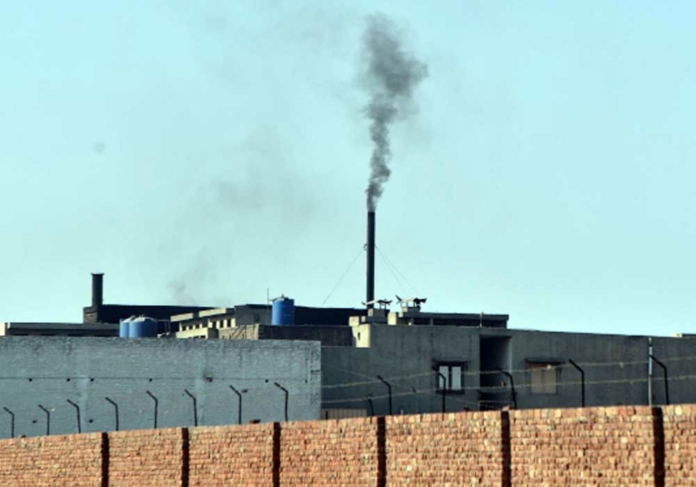 The provincial capital’s administration has openly admitted that several industrial units are still emitting smoke, which is badly polluting the city’s environment and causing smog, a notification issued by the authorities concerned showed on Thursday.

“It has been reported that despite an active anti-smog campaign, many industrial units are still emitting smoke and adding to the smog,” read the notification issued by the Lahore deputy commissioner’s office. The development took place at the moment when the legal battle is going on in the Lahore High Court which directed the authorities to take effective measures to control the menace of smog and environmental pollution.

However, the local administration in the same notification mentioned that it had formed a committee comprising senior officials of local administration as well the officials from the Environmental Protection Agency (EPA) and decided to carry out third-party validation of all the industrial units both functional and de-sealed, keeping in view the environmental standards in light of the LHC directives.

“In order to ensure the compliance of the directions of Lahore High Court, it has been decided to carry out a third-party validation of all functional and de-sealed industrial units vis-a-vis environmental standards,” it further said. According to the notification, there are four members in the committee including Additional Deputy Commissioner General Nazia Mohal as convener, EPA Deputy Director Noor Ahmad and Shazia Pervaiz and Assistant Commissioner Shalimar Imran Safdar as members of the committee.

The committee has been given the task to examine the clearance given by authorities on the basis of technical evaluation criteria. It will also certify that all industrial units are functioning strictly in accordance with environmental standards laid down in law and will point out the shortcomings. According to the notification, the committee will also monitor the working of pollution control devices installed in the city.

Sources in district administration informed that a committee formed after the deputy commissioner took notice of the matter found that several smog-causing industrial units were still operating despite closure by anti-smog squads. These anti-smog squads were formed by different departments on the directions of Lahore High Court and Punjab Disaster Management Authority in a bid to control the smog in the coming winter.

Sources said that anti-smog squads during their actions sealed several industrial units for violating environmental laws. “Despite the sealing, these smog-causing units re-started their operations without installing the smoke control devices,” they said and informed that after restarting their operation, such industrial units had started claiming to obtain clearance certificates to resume work.

Sources claimed that most of the industrial units in the city were working without installing pollution control devices and where devices were installed, they were not functional. This is pertinent to mention here that Environment Protection Department (EPD) secretary Usman Ali Khan also showed his concerns over the re-operating of such smog-causing industrial units.