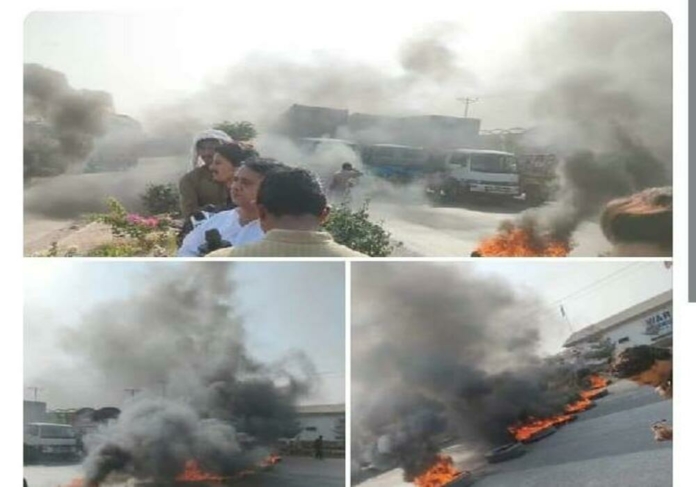 On Saturday, Islamabad police booked PTI officials after party supporters protested the ECP ruling against their party head on Friday by taking to the streets across Pakistan.

The capital police in Islamabad detained a PTI MNA and his two security guards after an alleged shooting incident outside the ECP headquarters.

Police and PTI workers continued to fight in Faizabad, which separates Punjab from the federal region. Thick clouds of tear gas engulfed the intersection.

According to the FIR, police personnel were dispatched to Faizabad in an official vehicle on Thursday after learning that the PTI leader might face repercussions. They were there to preserve security, law, and order.

A massive PTI gathering with between 1,000 and 1,200 participants carrying sticks and rods began advancing toward Faizabad at about 8 p.m. on Friday, according to the FIR.

Amir Kiani, Wasiq Qayyum Abbasi, Faisal Javed Khan, Raja Rashid Hafez, Umer Tanveer Butt, Rashid Naseem Abbasi, and Raja Majid are among the PTI leaders named in the criminal complaint as allegedly leading the large group that was told over a loudspeaker to disperse right away because the gathering was illegal.

According to the FIR, the crowd attacked the police with a coordinated and organized intent, disrupted the law and order situation, set fire to trees, damaged government property, injured police officers, and instilled “fear and harassment” among the public.