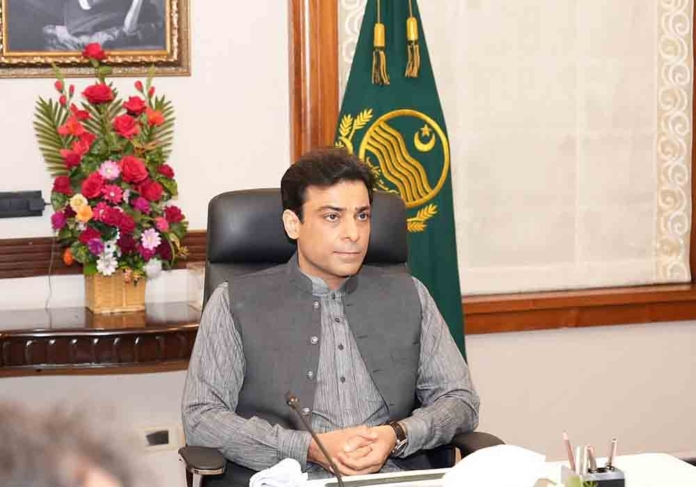 After the verdict, the LHC disposed of the pleas.

On April 16, Pakistan Muslim League-Nawaz leader Hamza Shehbaz was elected as Punjab chief minister during a session of the provincial assembly that witnessed rumpus and intervention of police. Hamza got a total of 197 votes – 11 more than the required 186 – including from 25 dissident PTI MPAs. The ECP, however, de-seated the PTI dissidents who cast their votes.

The bench on Tuesday had hinted at holding fresh polls for the post of the Punjab chief minister.

During the proceedings on Wednesday, the bench had made observations about the opinion of the top court on Article 63-A.

“The previous presiding officer will have to look into the matter again if we say that the opinion of the SC has retrospective effect on the voting,” the bench remarked.

The counsel representing the PTI had contended that this would make the court responsible for issuance of directions for the next polls. But the court did not agree with the point, observing that the presiding officer would look into the matter.

Barrister Ali Zafar had told the bench that there were two separate petitions; one was about the election and the other was regarding the oath.

Meanwhile, the court had asked the counsel of Punjab Chief Minister Hamza to argue the case.

After hearing both sides, the bench had put off further hearing till Thursday (today).

Sibtain Khan and 17 other PTI leaders had filed an Intra-court appeal in the LHC against the verdict of its single bench directing NA speaker Raja Pervaiz Ashraf to administer oath to Punjab CM-elect, who is now the chief minister.

The PTI leaders had deemed the decision beyond the facts and called it contradictory to the constitution.

LHC Justice Jawad Hassan, in his ruling, had directed the speaker to administer an oath to Hamza Shehbaz Sharif and had fixed the date and time for the oath ceremony to end the crisis in Punjab. The province had been functioning without a cabinet since the resignation of former Punjab chief minister Usman Buzdar last month.

The appellants had said “the high court’s single bench in the absence of any pleadings by any single party to be arrayed as respondents in the writ petition, on the very first day, reserved judgement.”

They had argued that such conduct was unprecedented and a clear violation of the constitution and the proceedings had caused turmoil and created havoc. They had pointed out that a third petition was filed for the same cause which had already been decided in two separate petitions.

They had argued that the judicial proceedings of the single bench also contained “rude remarks against constitutional officers such as the Governor of Punjab and the President of Pakistan in the reserved judgment”.

They had contended that the haste and the procedure showed absence of justice, pleading with the court that a larger bench not less than seven judges should hear this matter.

They had further pleaded with the court that the impugned order passed by the single bench had ignored the facts and it had also been contradictory to various articles of the constitution and same be declared null and void.

Though the PTI and PML-Q have won the legal battle, but the PML-N government can challenge the verdict before the Supreme Court.

If Hamza Shehbaz wins the election after recounting, then his position would be stronger as compared to the pre-judgment situation.